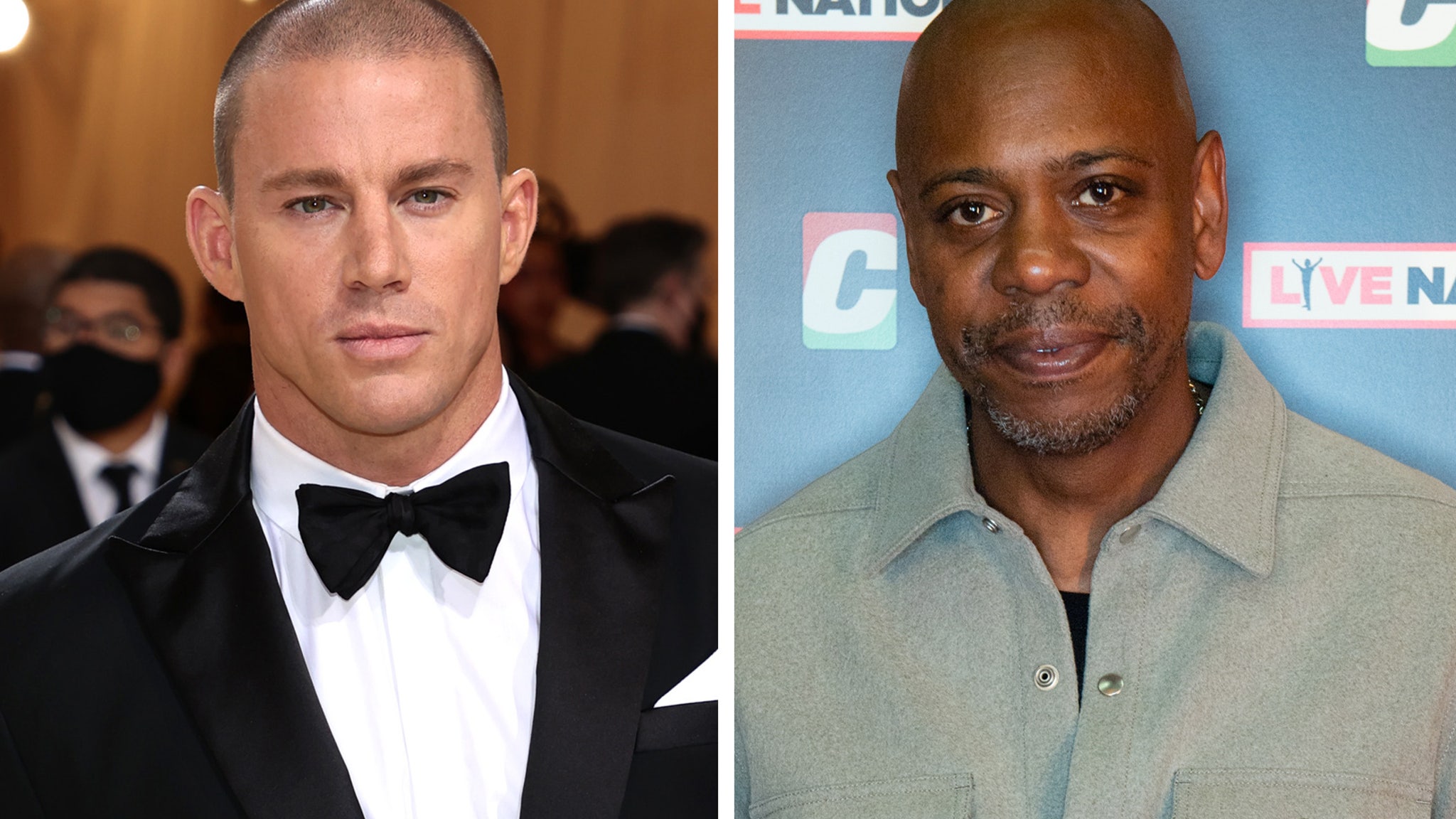 "Any human can hurt someone (usually cause they're hurt) but any human can heal and heal others just the same." Channing Tatum is sharing his thoughts on comedian Dave Chappelle, who recently came under fire after he made jokes about the transgender community in his Netflix comedy special, "The Closer." The actor took to his Instagram Story on Sunday to give his two cents on the controversy and Chappelle himself. While Tatum, 41, noted that he "understand[s]" Chappelle has "hurt so many people," he admitted that he also "can't forget" how some of Emmy winner's words have "healed" him in the past. Hannah Gadsby Trashes Netflix CEO Ted Sarandos for Citing Her In Dave Chappelle Defense "I understand that Dave is a very dangerous person to talk about at the moment," Tatum began in his post. "I understand and hate that he has hurt so many people with things he has said." "Any human can hurt someone (usually cause they're hurt) but any human can heal and heal others just the same," he continued. "This little piece healed me back in the day. I can't forget that," Tatum added. In his Instagram Story post, the "Magic Mike" star re-shared an Instagram video that featured a clip of Chappelle's acceptance speech from when won the 2019 Mark Twain Prize for American Humor. "I was a soft kid. I was sensitive, I'd cry easy and I would be scared to fistfight," Chappelle said during his speech, as shown in the clip Tatum shared, below. "My mother used to tell me this thing… 'Son, sometimes you have to be a lion so you can be the lamb you really are.' I talk this s--- like a lion. I'm not afraid of any of you. When it comes word to word, I will gab with the best of them, just so I can chill and be me." "And that's why I love my art form, because I understand every practitioner of it. Whether I agree with them or not, I know where they're coming from," Chappelle added. "They want to be heard. They've got something to say. There's something they noticed. They just want to be understood. I loved this genre. It saved my life." Despite sharing the clip of Chappelle, Tatum stressed, "This does not excuse anything hurtful tho to be clear." There has been a public outcry over Chappelle's special, "The Closer," following its release on Netflix earlier this month, notably among transgender viewers, including trans Netflix staffers. Amid the criticism, Netflix co-CEO Ted Sarandos has continued to defend Chappelle's controversial special. According to Variety, Sarandos sent two memos to Netflix staff earlier this month, with the first being sent to top leadership and the second being sent to all staff. In the second email, Sarandos said the stand-up special would not be removed from the platform because it "doesn't directly translate to real-world harm." Dave Chappelle Reveals Chappelle's Show Back on Netflix After He'd Asked It Be Removed He then said that Chappelle's voice is just one voice among many. "We are working hard to ensure marginalized communities aren't defined by a single story," he wrote in his memo. "So we have 'Sex Education,' 'Orange is the New Black,' 'Control Z,' Hannah Gadsby and Dave Chappelle all on Netflix. Key to this is increasing diversity on the content team itself." Australian comedian Hannah Gadsby -- who gained international acclaim for her Netflix stand-up comedy special/confessional "Nannette" -- trashed Sarandos for citing her in Chappelle's defense. See her reaction here. Meanwhile, as noted by Variety, transgender staffers at Netflix are planning a virtual walkout -- as many work from home -- on Wednesday in protest of Sarandos's memos and ongoing support of Chappelle's special. As for Chappelle himself, TMZ has noted that the comedian doesn't seem bothered by the negative reactions at all.