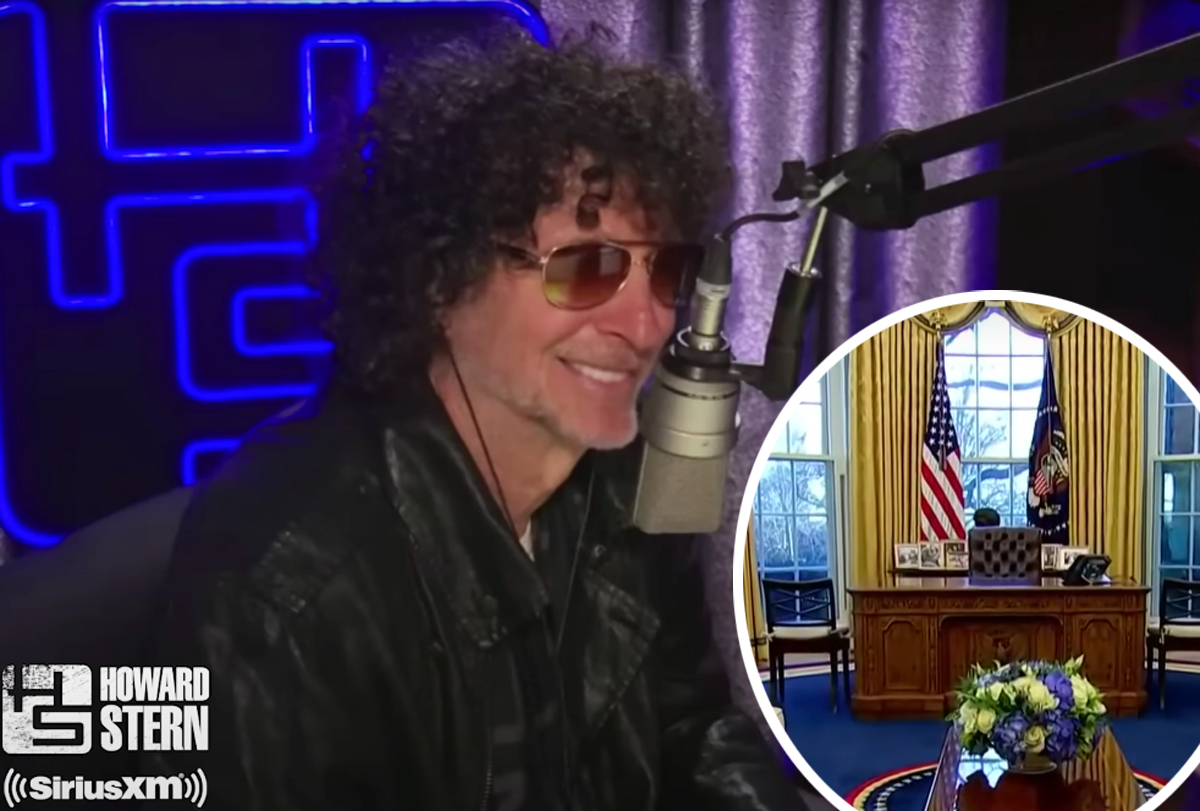 The last time a controversial celebrity decided to run for president, he set the entire country on fire. Howard Stern doesn’t want that to happen again, so he’s planning on fighting fire with fire with a presidential run of his own! Following the Supreme Court ruling overturning Roe V. Wade, the SiriusXM host admitted he’s planning to run for the presidency in 2024, and if he gets to the Oval Office, he’ll be making two big changes. Related: Texas Attorney General Wants To Criminalize Consensual Gay Sex Post Roe v. Wade! On Monday’s episode of The Howard Stern Show, the New York native revealed he would only run if former President Donald Trump once again emerged as the Republican nominee, claiming he would “beat his ass” if that happened. He lamented: “I said to [cohost] Robin [Quivers], and I hate to say this, but, but I said to her, ‘I’m actually gonna probably have to run for president now.’” Desperate times call for a shock jock president, we guess! If the 68-year-old ended up becoming POTUS, he said he’d overturn a few things. He explained: “The problem with most presidents is they have too big of an agenda. The only agenda I have is to make the country fair again.” How would he go about that, you ask? Well, first off, Howard would make sure the US’s electoral process properly reflected the country’s actual voting record. Recalling how Trump lost the popular vote in 2016 yet still won the Electoral College against Hillary Clinton, Stern said: “A guy who lost the votes won the election. How long can we keep electing people who lost the election? … I went into a long-winded speech over the weekend to Robin about how I’m going to do the very simple thing that will set the country straight: One vote, one person, no more of this Electoral College. I’m getting rid of it. And then Robin said, ‘Well can you do that as president?’ And I said, ‘I don’t know, let’s find out!’” Hey, at least he’s honest about what he doesn’t know! The media personality went on to reveal his second order of business: appoint at least five more Supreme Court justices so they would “overturn all this bulls**t” — an obvious reference to the SCOTUS’s decision to overturn Roe V. Wade and end federal protection of abortion rights last week. He told listeners: “The other thing is. If I do run for president, and I’m not f**king around, I’m really thinking about it because the only other thing I’m going to do is appoint five more Supreme Court Justices… I’m not afraid to do it. As soon as I become president, you’re gonna get five new Supreme Court justices that are going to overturn all this bulls**t.” And if you still don’t think he’s serious, Stern later revealed who his Vice-Presidential running mate would be: Oscar nominated actor, Bradley Cooper. Yes, seriously. Clearly, there’s a lot of potential for greatness here. Let’s not forget that this wouldn’t be the first time Stern dipped his toes in the political pool either. In 1994, he ran for governor of New York but dropped out mid-race after being asked to disclose his personal finances. As for his potential presidential run, maybe Howard thinks he can pull a Trump and become POTUS without ever releasing his tax records? What do U think about this, Perezious readers? Would you vote for Stern and Cooper in the upcoming election? [Image via NBC News/YouTube] The post Howard Stern Planning Run For President -- And Names His VP Pick! appeared first on Perez Hilton.