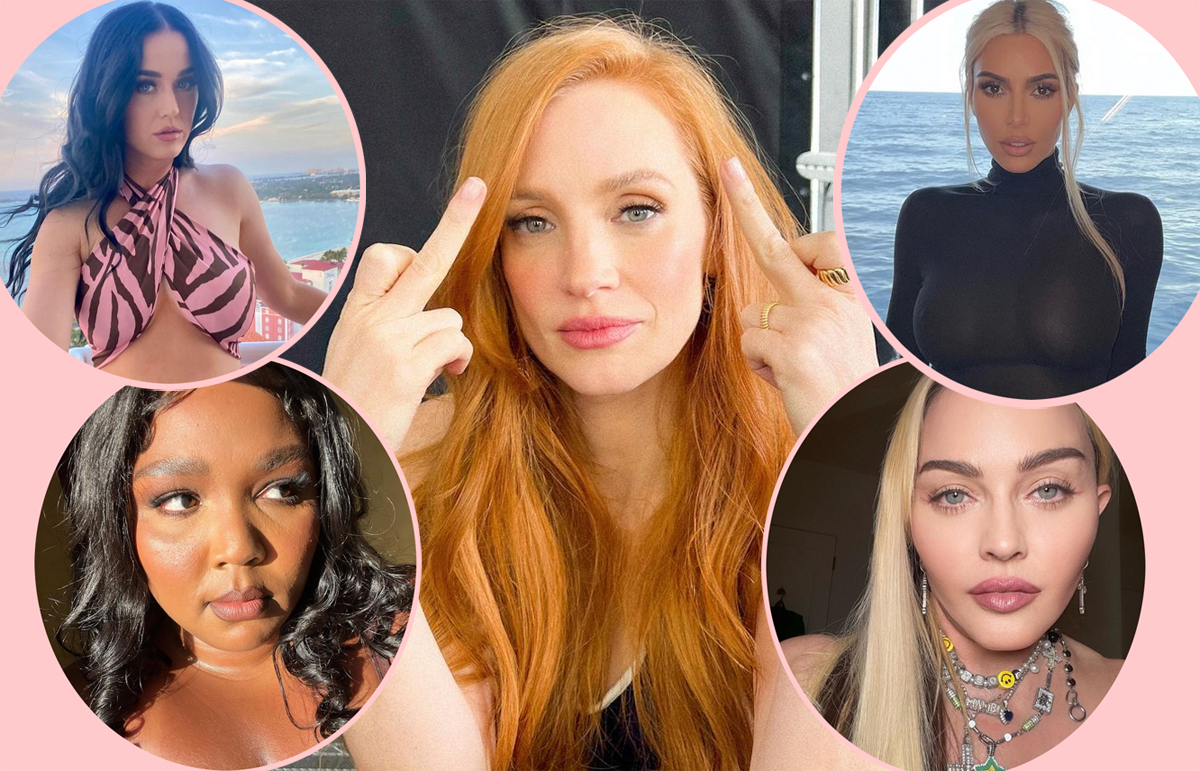 Sorry, patriotic partiers and firework fiends. For many women, the Fourth of July was “canceled” this year. Last month the Supreme Court overturned Roe v. Wade, the 1973 landmark ruling that protected women’s right to have an abortion nationwide. It’s a horrific decision that will make getting this important healthcare option even more difficult and unsafe in many states in the US — especially for women in poor and marginalized communities. Related: Meghan Markle & Prince Harry Want Men To Step Up After Overturn Of Roe v. Wade So understandably, many women were not in the mood to commemorate Independence Day over the weekend, given the fact that many were just stripped of their freedom over their own bodies due to this controversial decision. This includes many celebrities who took to social media on Monday to express exactly how they feel about the holiday in light of what happened. Several women, including Kim Kardashian and Kris Jenner, shared a post from @bitton that read: “4th of July has been canceled due to a shortage of Independence. Sincerely, Women.” View this post on Instagram A post shared by Anita Elizabeth Bitton (@bitton) Katy Perry referenced her popular song Firework (which has become the unofficial other anthem for the holiday) to make a statement: “‘Baby you’re a firework’ is a 10 but women in the US have fewer rights than an actual sparkler smh” Meanwhile, Jessica Chastain kept her message simple by holding up two middle fingers in a picture shared on Instagram. She also wrote in the caption: “Happy ‘Independence’ Day from me and my reproductive rights.” View this post on Instagram A post shared by Jessica Chastain (@jessicachastain)   The always iconic Madonna shared an ominous black and white video of a woman being dragged by armed guards. She also called for “a revolution” in the caption, stating: “This is what life looks like if you’re a woman in America. It’s not Independence Day for us. Let’s start a revolution!” This is what life looks like if you’re a woman living in America………….It’s not Independence Day For Us. Let’s start A Revolution! ???????????????????????????????????????????????????????????????? pic.twitter.com/dNIG2MVSl6 — Madonna (@Madonna) July 4, 2022 Brooklyn Decker noted that she carried “both an abundance of gratitude and a swelling of anger” on the holiday, saying: “I know I share that with so many of you. May we sustain our fury to propel this complicated country forward and not further backward.” Zooey Deschanel dropped a snapshot of herself sporting a “Pro Roe 1973” shirt, sharing with her followers on Twitter that the outfit was “for when you want to wish America a happy birthday, but also want her to do better.” “When Government controls that decision for her, she is being treated as less than a fully adult human responsible for her own choices.” Let this be a hopeful reminder that together, we have the power to reclaim our right to choose ???? — zooey deschanel (@ZooeyDeschanel) July 4, 2022 While continuing to celebrate the holiday, Lisa Rinna reminded her followers about the importance of continuing to fight for women’s rights after the overturning of Roe v. Wade. Alongside a video from Jane Elliott, The Real Housewives of Beverly Hills star wrote: “While you are in between cocktails and hot dogs celebrating the 4th don’t forget Roe V Wade was overturned. Here’s why. #janeelliott Don’t let them take away ALL OF OUR RIGHTS.” View this post on Instagram A post shared by Lisa Rinna (@lisarinna) Hopping on Instagram, Lizzo chose to take action for the Fourth of July, announcing that her shape wear line Yitty would be donating all proceeds over the weekend to abortion rights funds: View this post on Instagram A post shared by Lizzo (@lizzobeeating) Love to see so many people using their platform and speaking out. Reactions, Perezcious readers? Let us know in the comments (below). [Image via Jessica Chastain/Kim Kardashian/Lizzo/Katy Perry/Madonna Instagram] The post Kim Kardashian, Jessica Chastain, & More Women Who ‘Canceled’ Independence Day This Year! appeared first on Perez Hilton.