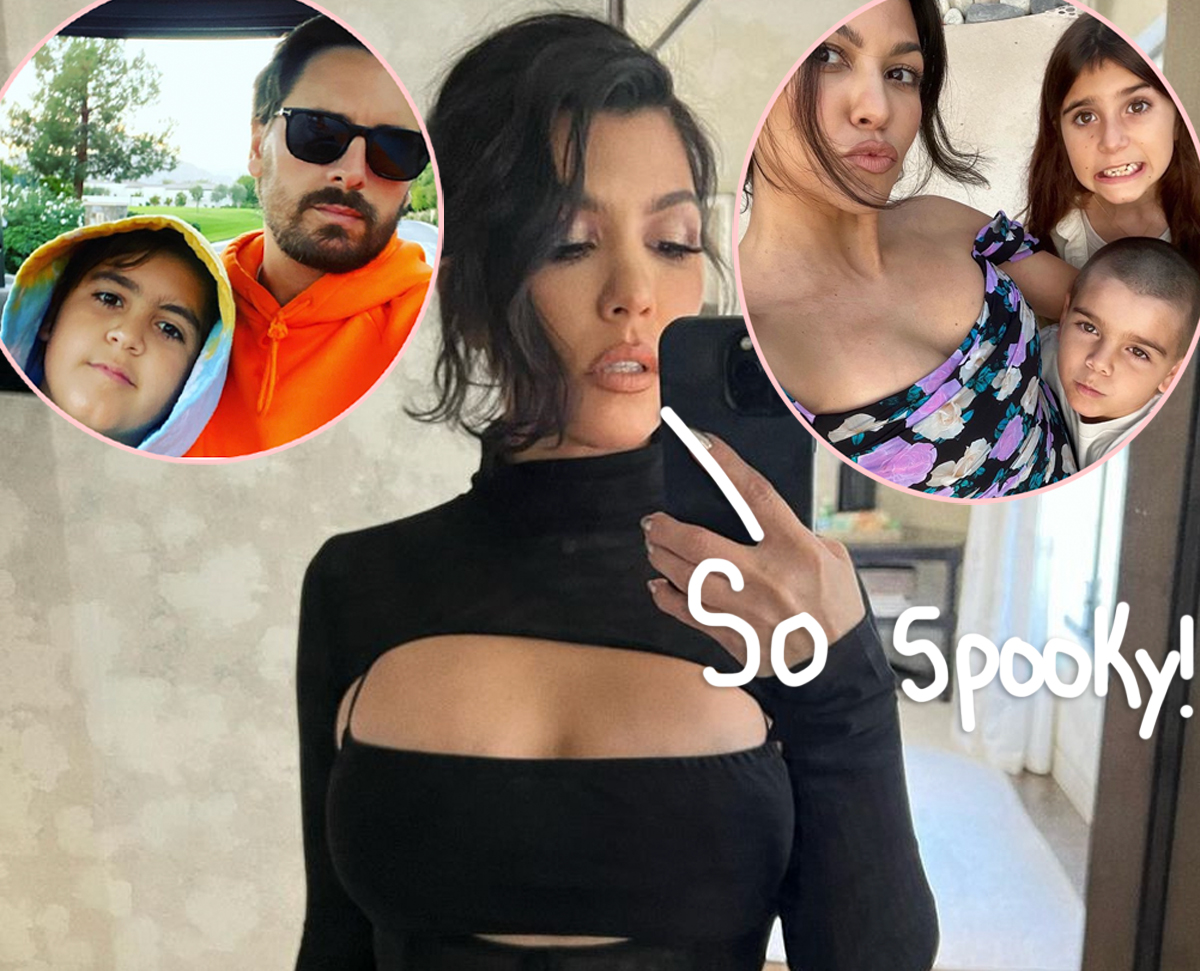 Kourtney Kardashian got the scare of her life after seeing what was searched on her laptop recently! The 43-year-old reality television star took to Instagram Stories on Tuesday to share what she happened to stumble upon in her recent search history on her computer, and you’ll never guess what was being looked up! Let us tell you that it is truly terrifying – and we are not joking here! What Kourt found was that someone had Googled the “world’s scariest picture,” and the results did not fail in producing some spine-chilling images. This included snaps of Annabelle, the haunted doll from the Conjuring franchise, the demonic nun from the same series, and other ghoulish pics that would give some people serious nightmares. Related: Watch Kim Kardashian Scold Son Saint West For Doing THIS! Before anyone asks, the Poosh founder and her rocker hubby Travis Barker did not search these spooky images here. Instead, it turned out to be one of her children – 12-year-old Mason, 9-year-old Penelope, and 7-year-old Reign – who decided to give themselves a fright. While she did not expose which one of them was responsible, she claimed to know exactly who was the culprit. She wrote alongside a video of the search history on her laptop: “Things being searched on my computer. I know exactly which kid it is.” So creepy! Reactions, Perezcious readers? Who do you think was trying to find the “world’s scariest picture”? Let us know in the comments! [Image via Kourtney Kardashian/Instagram, Scott Disick/Instagram] The post Kourtney Kardashian Reveals Her Kids’ SPOOKY Search History -- Seriously Terrifying! appeared first on Perez Hilton.