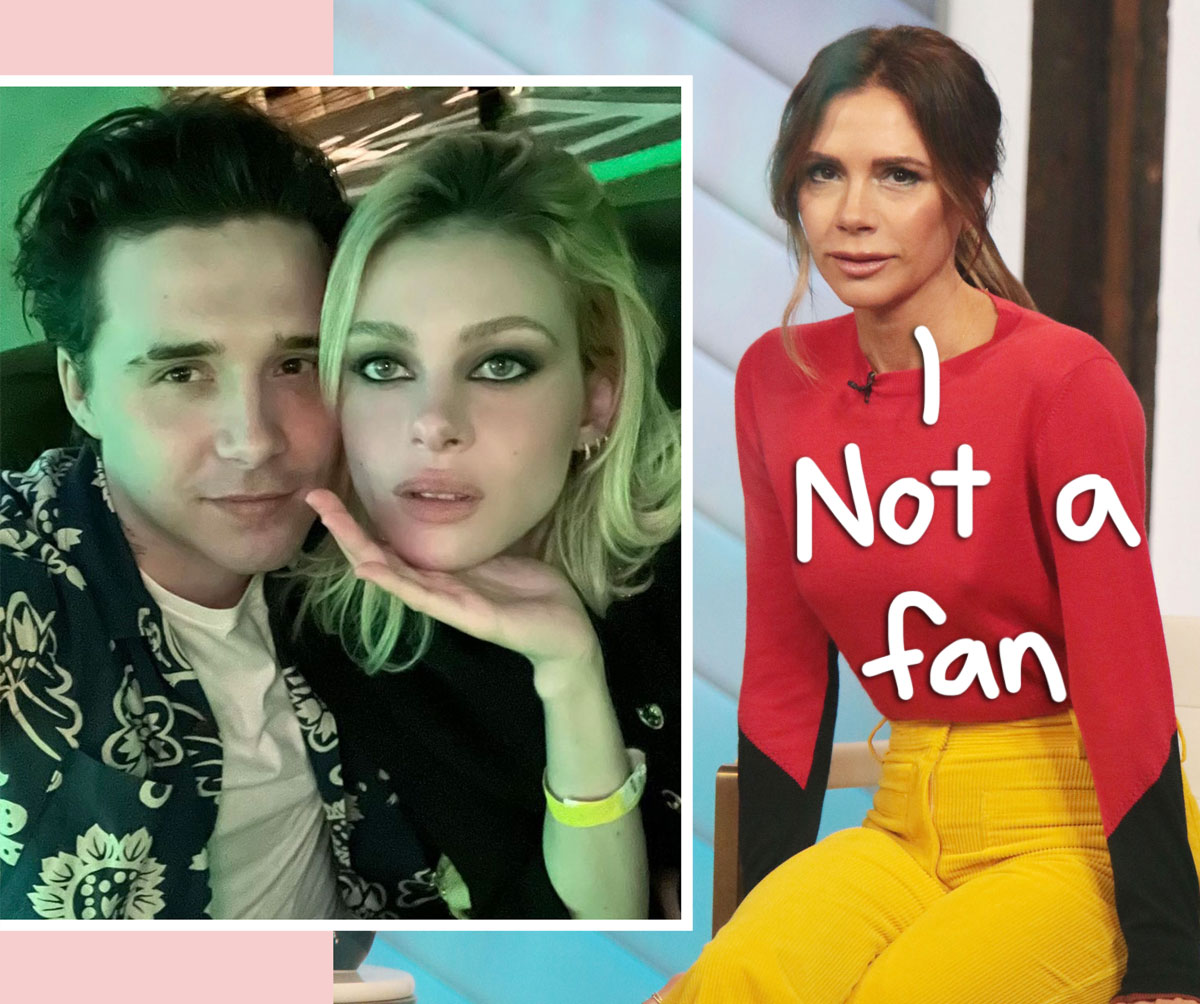 Uh-oh! The Mrs. Beckhams are fighting!! According to Page Six sources on Thursday, Victoria Beckham and her new daughter-in-law Nicola Peltz are feuding BIG TIME! The 27-year-old married Brooklyn Beckham back in April and while things between the lovebirds seem to be going well, it’s a whole different story with the rest of the family!! Related: Why Victoria Is Terrified Of 10-Year-Old Daughter Joining Social Media! One source revealed trouble has been brewing among the famous fam since before the couple even tied the knot! And the real issues stem from the two most important women in Brooklyn’s life: his mom and his now-wife. The insider, who is close to the Beckhams, shared: “[Victoria and Nicola] can’t stand each other and don’t talk. The build-up to the wedding was horrendous.” The confidant dished that the daughter of New York billionaire Nelson Peltz didn’t want the Spice Girls alum to be involved in her wedding prep — AT ALL! They dished: “[Nicola didn’t want her mother-in-law] to be any part of the planning, and she wouldn’t clue Victoria in on anything. Communication was minimal.” This comes after the Spice Girl was already struggling to warm up to the Bates Motel alum and see her good side — only making the relationship between the singer and actress more complicated! The controversy has continued to intensify as time passes. Sadly, the “non-stop petty drama” is beginning to affect Victoria and David Beckham’s relationship with their 23-year-old son! Oh-no! Related: David & Victoria Share The Love On Their 23rd Wedding Anniversary! An insider spilled the tea, telling the outlet: “They haven’t spoken to him much in the last few months.” Things also went to s**t when Chef Brooklyn posted a cover of Tatler magazine on Instagram which featured a photo of his wife and the headline: “The New Mrs. Beckham.” View this post on Instagram A post shared by @brooklynpeltzbeckham Oof! Like twisting the knife in Posh Spice’s back! Interestingly, sources say the drama might be a symptom of Nicola’s jealousy of her beau’s momma! Some think she’s also not a fan of the extra attention surrounding her now that she’s linked to the beloved family, especially the spotlight that was on her during her wedding. Hmm. Reps for Victoria and Nicola have not responded to Page Six for comment. Do YOU think that’s why these in-laws aren’t getting along?? Sound OFF (below)! [Image via MEGA/WENN & Brooklyn Beckham/Instagram] The post OH SNAP! Victoria Beckham & Daughter-In-Law Nicola Peltz 'Can’t Stand Each Other'! appeared first on Perez Hilton.

Everything We Know About Taylor Swift’s Midnights