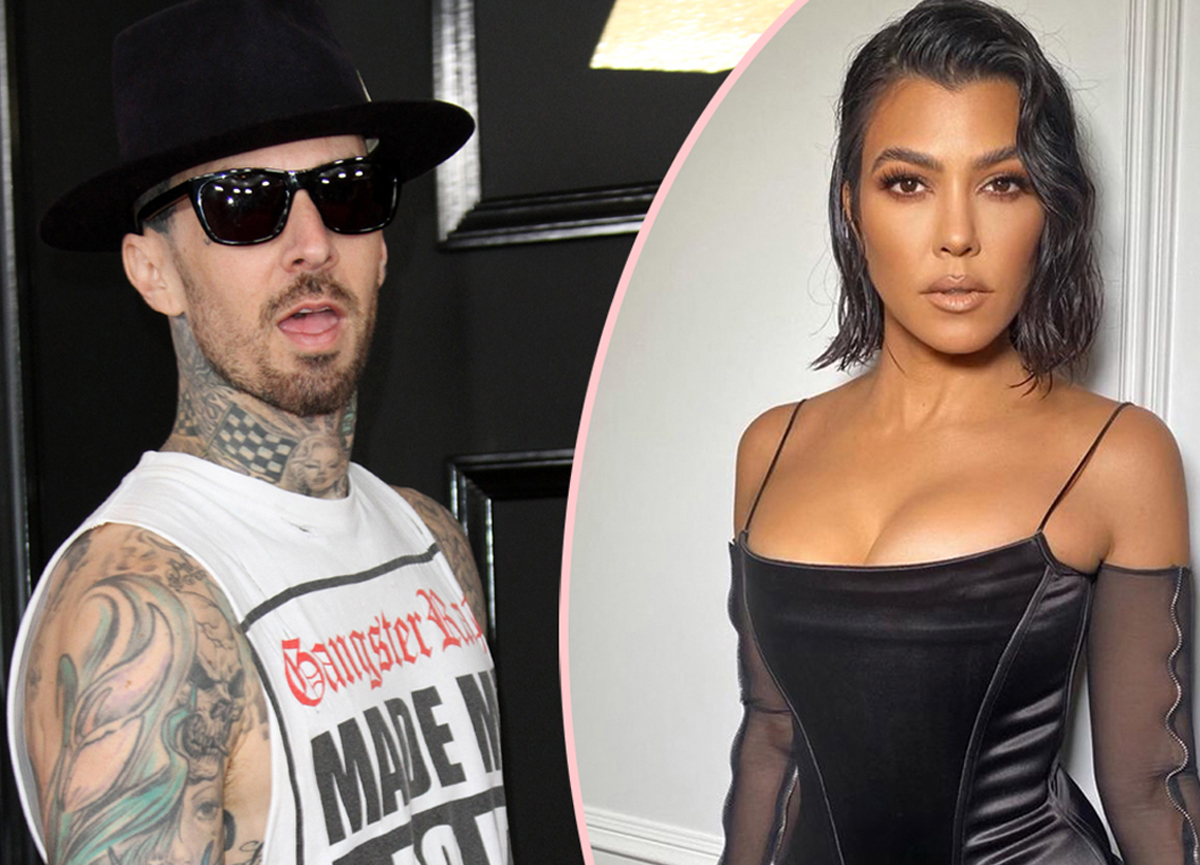 The reported reason behind Travis Barker‘s sudden hospitalization on Tuesday has been revealed. According to reports published late on Wednesday morning, the 46-year-old drummer recently underwent a colonoscopy procedure which doctors believe triggered a painful bout of pancreatitis, forcing him to seek immediate medical attention. Related: Travis’ Son Performs With Machine Gun Kelly In NYC After Dad’s Hospitalization This is coming from “multiple sources connected to the family,” who spoke to TMZ about the medical issue. Apparently, Travis had a “recent” colonoscopy — a pretty standard and necessary procedure, obviously — and something went wrong from there. Doctors believe the medical event triggered the worsening inflammation of Travis’ pancreas in the last few days. That condition can include symptoms like nausea, “intense” stomach discomfort, and vomiting, per the outlet. Definitely not good! So, it would seem he and wife Kourtney Kardashian went into West Hills Hospital close to Calabasas on Tuesday morning for respite from the painful condition. At that point, doctors there decided to transfer the Blink-182 drummer to Cedars-Sinai Medical Center for even higher-level care. We hope he starts to feel better! [Image via WENN/Kourtney Kardashian/Instagram] The post The Reason Behind Travis Barker's Sudden Hospitalization Revealed appeared first on Perez Hilton.