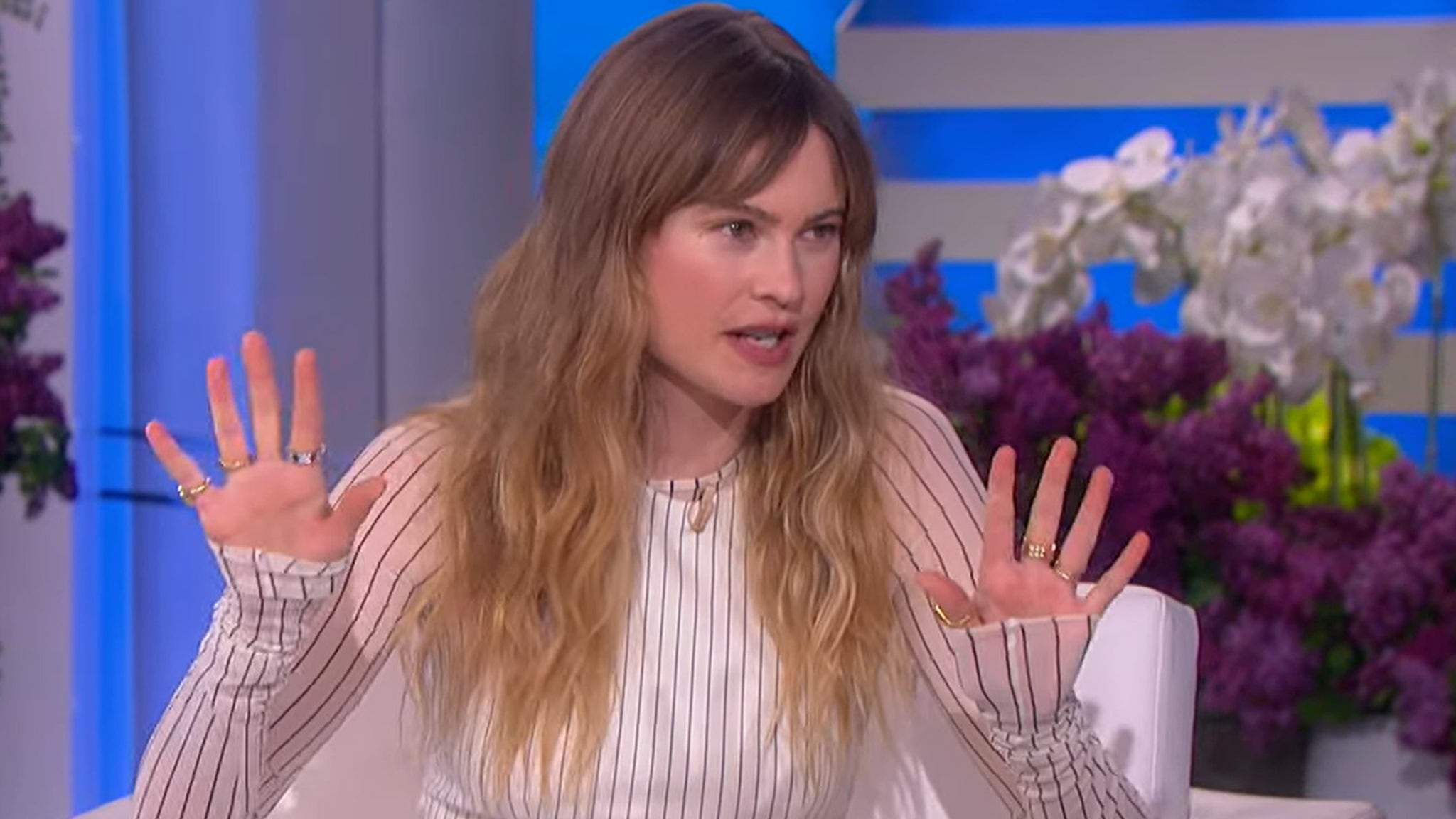 "I cannot believe that I sat back there and watched you tell the story of me almost pooping my pants." Behati Prinsloo is airing out Adam Levine and his hilarious antics in the delivery room. During an appearance on "The Ellen DeGeneres Show," the former Victoria Secret model shared a funny anecdote about her husband almost soiling himself during their daughter's birth after overeating to soothe his nerves. For the show's final Mother's Day episode, Prinsloo began to recount, "I had a doula to help me kind of stay out of the hospital as long as possible, so I'm not there too soon, and Adam told me Carson Daly told him that we all need to eat a lot of food, because the dad can pass out if he doesn't eat and the mom also needs food." "I'm like, 'I'm good.' I'm in pre-labor here," she continued. "So, I'm at home, not feeling like eating, so he orders pasta and pizza, and he eats everything -- everything." When the couple finally arrived at the hospital, the Maroon 5 singer began to feel the consequences of his eating habits. "We finally get to the hospital, and I actually waited too late to go to the hospital, so I couldn't get the full epidural, but I'm very happy about that now. So, the whole time I'm in labor, Adam had to go to the bathroom really bad," Prinsloo laughed. "And after Dusty was born -- who you've named -- he goes, 'Is there a bathroom?' And the nurse shows him the bathroom right in the delivery room and he goes, 'That's not gonna do it, I need a far away bathroom.'" Shortly after revealing her husband's near accident, talk show host Ellen DeGeneres asked the 33-year-old if Levine had anything planned for the Mother's Day holiday. "He better have something planned because my birthday is in...," Prinsloo replied before she was cut off by a surprise appearance of Levine holding a bouquet of flowers. Behati was shocked at his appearance and admitted that she was "shaking" from the surprise. Levine laughed, "I cannot believe that I sat back there and watched you tell the story of me almost pooping my pants. That was awesome." Adam and Behati share two children together, Dusty, 5 and Gio, 4.