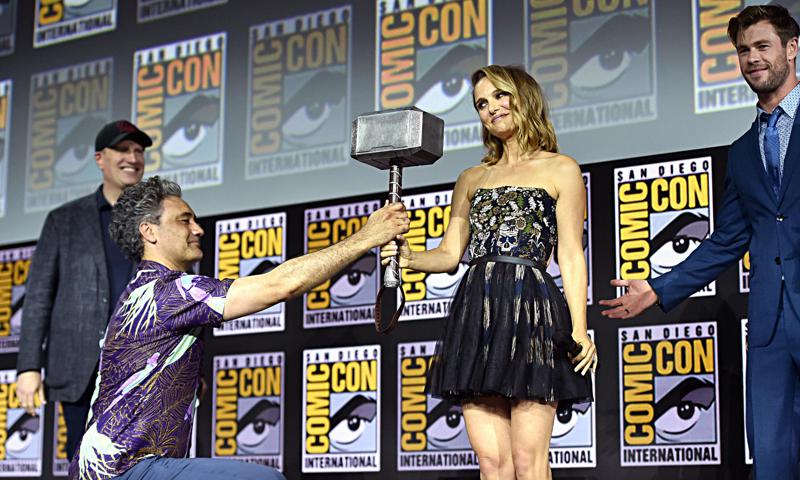 Amid the success of Marvel's latest release last weekend, Doctor Strange and the Multiverse of Madness, another franchise is getting ready to hit theaters across the world. In two months, Thor: Love and Thunder will be released, making its way to a theater near you on July 8. While this is the fourth Thor film for Chris Hemsworth, it marks an important milestone fans are even more excited for: the return of his character's former love interest, Natalie Portman. On Saturday, May 7, Empire magazine shared a first-look at Portman as Jane Foster in the upcoming film, holding the Mjollnir . . .