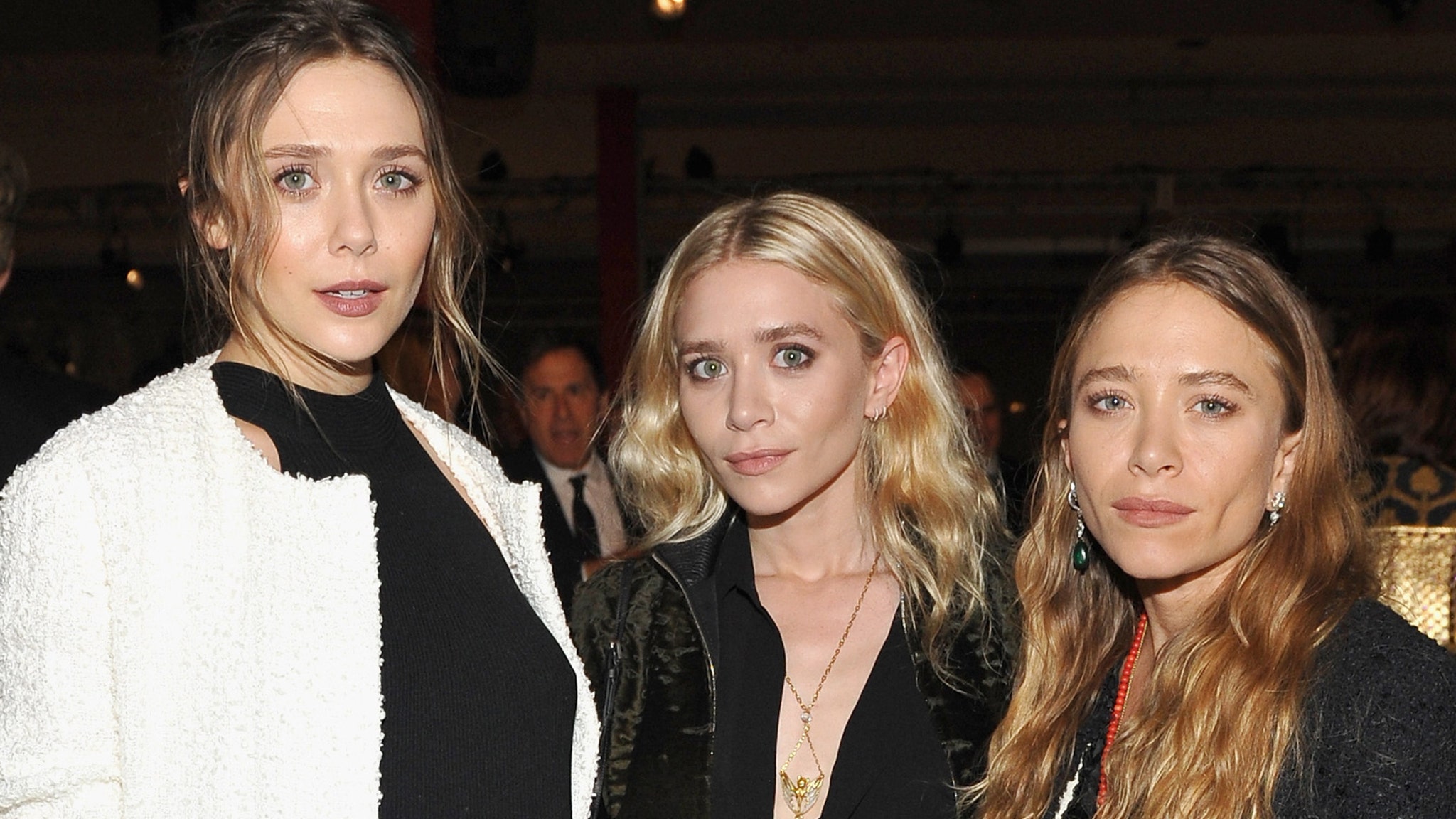 "If I was spoiled by one, the other one wanted to match it. I loved it." Elizabeth Olsen is reflecting on the benefits of growing up with older twin sisters, Mary-Kate and Ashley Olsen. In an interview with Harper's Bazaar, the "Wandavision" star said that growing up with her famous sisters came with advantages as they’d often compete for her affection. "It's an amazing feeling, being the younger sibling to twins," she revealed. "If I was spoiled by one, the other one wanted to match it. I loved it." In addition to feeling showered with love, Olsen said that watching her older sisters juggle work and fame in the entertainment industry was an educational experience for how she would inevitably handle her profession as an actress. "I always felt that having older twin sisters was an advantage," she noted. "I felt very clear about how I was going to navigate lots of things because of watching them. I also felt very protected." When Elizabeth was born in 1989, Mary-Kate and Ashley had already gained celebrity through their shared role in "Full House" as Michelle Tanner. The 33-year-old also recalled knowing that she wanted to pursue acting at a young age, and wanting to earn her place as a credible actress. "I always knew that it was what I wanted to do, I just had a lot of insecurities about wanting to do it," she admitted. "I've always felt that presence, which made me work harder, and maybe have a chip on my shoulder to be over-prepared and disciplined, so I could feel like I'm really earning it." "That feeling definitely settled five years into working, but I had this need to be the hardest-working student when I was in school," she continued. Olsen studied at NYU's Tisch School of the Arts, took classes at the Atlantic Theater and even studied abroad at the Moscow Art School to hone her craft. In order to differentiate herself from her famous siblings, the "Sorry For Your Loss" actress told Glamour UK that she had considered creating a stage name, Elizabeth Chase. "I guess I understood what nepotism was like inherently as a 10-year-old," she confessed. "I don't know if I knew the word, but there is some sort of association of not earning something that I think bothered me at a very young age." "It had to do with my own insecurities, but I was 10. So I don't know how much I processed, but I did think, 'I'm going to be Elizabeth Chase when I become an actress,'" she stated.