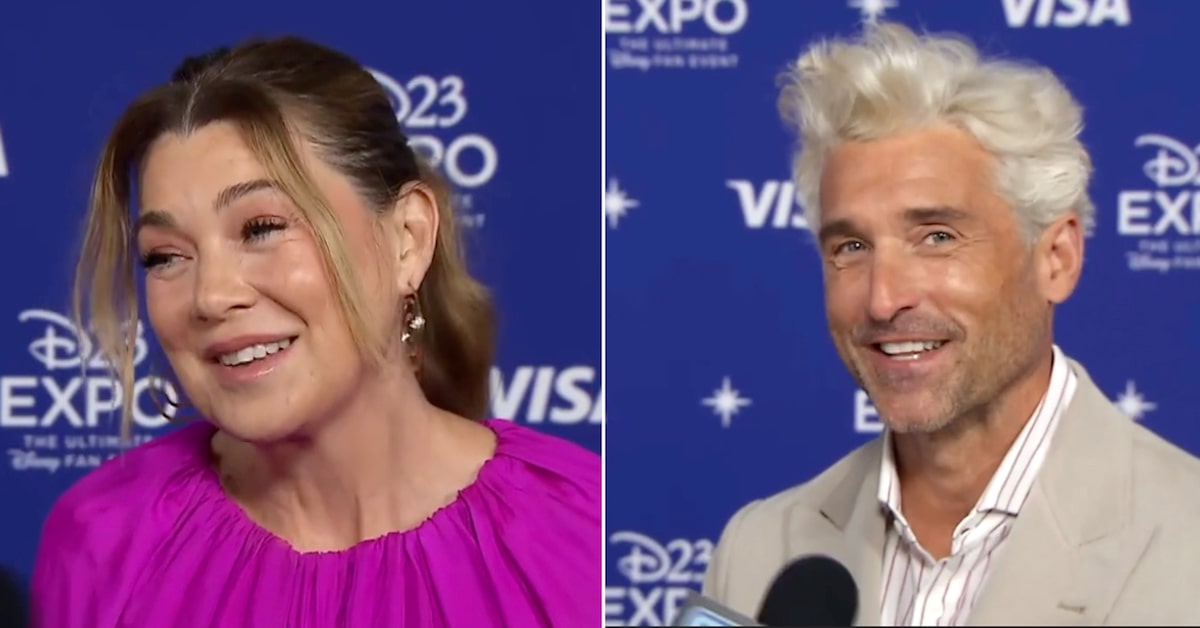 “Extra’s” Katie Krause spoke to Ellen Pompeo as she was named to this year’s class of Disney Legends at D23! She reflected on creating something “iconic” in “Grey’s Anatomy” and said she would be open to working with co-star Patrick Dempsey again. Ellen also spoke about her more limited role for Season 19 of the show and teased her new Hulu limited series. Chatting about Dempsey, she said, “We’ve done some of our greatest work together, right? We are very proud I think collectively, both of us, are very proud of the work we did. We had a great time doing it and we created something really iconic.” Katie asked if they had ever talked or texted about working together again. Pompeo shared, “Maybe we have texted about it. I think the fans would absolutely love it. We would be 100% open to it, I would anyway, if the material was right. I think it would be so fun for the fans.” Ellen is taking a step back in Season 19 of “Grey’s,” but confirmed, “I’m still doing the voice-over in all of them.” As for why fans won’t see as much of her, she said, “I just need to take a little time away and do something new and I’m going to still stay in the company and do a limited series for Hulu.” She said of the show, “It is about a family who adopted a child and their expectations of what that would be like aren’t anything like what actually happened. I can’t say too much because it is a real story, it is a court case,” adding, “It is a story about motherhood and adoption and what that means to people.” As far as being named one of the Disney Legends at D23, she joked of the honor, “It feels like my kids should do everything I tell them to do… I’m going to throw the word legend around. I might get a T-shirt made and we’ll see if it changes things, the dynamic at home.”