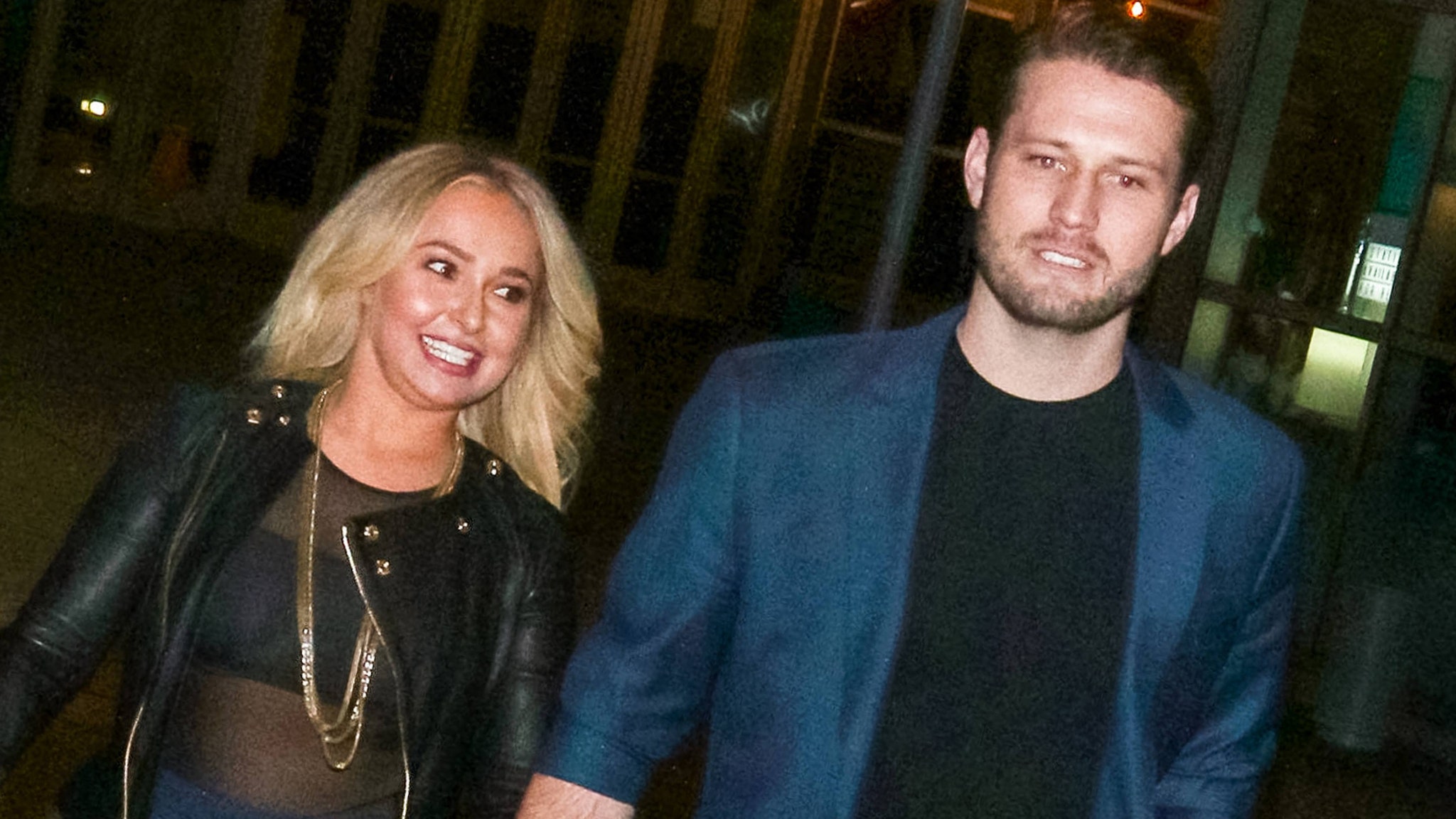 "It was not my best behavior, it was not anyone's best behavior." Hayden Panettiere has opened up about her volatile relationship with ex-boyfriend Brian Hickerson and why she's reconnected with him -- as friends -- despite their messy and complicated history together. Panettiere -- who also just revealed her battles with alcoholism and opioid abuse -- and her legal team have accused Hickerson of "psychological, emotional and severe physical abuse" in the past, with Hayden saying now that the alleged abuse came at a "very dark and complicated time in my life." "I wanted to party, I wanted to do everything I wasn't supposed to do," she told PEOPLE. "Acting was my life, but I felt so bad about myself that I lost trust in myself. And that is very detrimental. The idea of not having a responsibility was very appealing at the time." In April 2021, Hickerson spent 13 days in jail after pleading no contest to two felony counts of injuring a spouse/cohabitant/girlfriend/child's parent. He was also sentenced to four years probation, received a five-year restraining order and was ordered to attend 52 domestic violence classes and pay a $500 fee. Hickerson initially pleaded not guilty to eight charges brought against him after his July 2020 arrest -- including battery, corporal injury, assault with a deadly weapon and intimidating a witness, for incidents that allegedly took place during his relationship with Panettiere. All remaining charges against him were dropped after his sentencing. "I am coming forward with the truth about what happened to me with the hope that my story will empower others in abusive relationships to get the help they need and deserve," Panettiere said in a statement to TMZ last July. "I am prepared to do my part to make sure this man never hurts anyone again. I'm grateful for my support system, which helped me find the courage to regain my voice and my life." He was previously arrested over allegations of abuse against Panettiere in February 2020 and May 2019, the latter also for felony domestic violence. He pleaded not guilty and those charges were dropped later that year. "None of it is OK," Hayden tells PEOPLE now. "But I want to make sure that everybody knows that each person who goes through something like that, they're on their own journey. No two things are exactly alike." Hayden Panettiere Says Wladimir Klitschko 'Didn't Want to be Around Me' Amid Alcoholism, Drug Abuse She also addressed the massive bar brawl she, Hickerson and a large group of patrons got into outside the Sunset Marquis in Hollywood back in March of this year. "It was not my best behavior, it was not anyone's best behavior," she said. "But it was not as insane as it was made to look, and everyone is OK." As for why she and Hickerson have reconnected, in a friendly capacity, she said she was "trying to live in a place of understanding" -- before pointing to his own treatment. "I am open to people who are willing to get help and make amends. He's gone to treatment and done his time. And I'm trying to live in a place of forgiveness," she said. "I think he has done his time and was willing to get help." She concluded: "I think about the things I have done in my life that people forgave me for. Making amends is a really important thing that you learn in treatment. And it gives you a lot of inner peace."