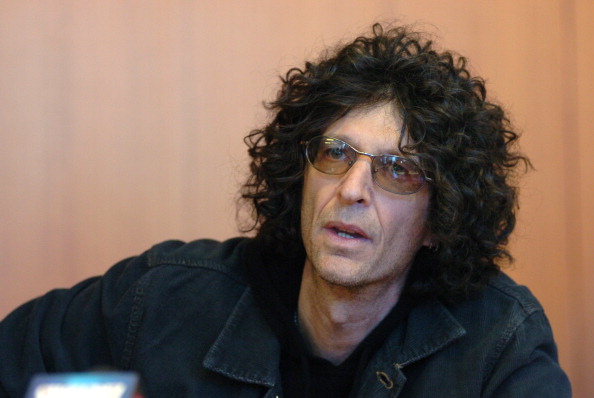 For all the people who say, "They (the Republicans) are just better at this than we (Democrats) are," I guess part of what they mean is that they (the Republicans) will run a narcissistic, imbecilic game-show host with a history of fraud, corruption, and business failings if it means a Big W. Meanwhile, the Democrats are out here saddled with life-long devotees to public service who actually got into politics to make a difference. Boooooo! How naïve! What simpletons we are! If we really want to win, we have to put aside experience, decades of public service, and an actual desire to do right by this country and instead elect a celebrity! Two can play at that game! At least in the case of Howard Stern, he does have a desire to do the right thing, if by the right thing you mean: Abolish the Electoral College. "I'm actually going to probably have to run for president now," Stern said on The Howard Stern Show Monday morning. "I am going to do the very simple thing that'll set the country straight: one vote, one person. No more Electoral College. I'm getting rid of it." The problem with other Presidential candidates, Stern thinks, is that "they have too big of an agenda. The only agenda I would have is to make the country fair again." That's cool! I mean, if Presidential terms only lasted three months and Stern didn't have to actually do any of the work required to run a divided country with 330 million people in it. If he added a running mate with experience, intelligence, and actual morals to run the country after Stern used whatever clout he has to abolish the Electoral College well, then, I'm all for it! Make this man President ... for 100 days. And then he can step aside for someone capable. For those who think this is a joke, Stern says that "he's not f*cking around, I'm really thinking about it," while also saying that "the only other thing I'm going to do is appoint five more Supreme Court justices." Uh, see, Stern: Your one-issue campaign already has two issues, and you haven't even officially announced. Hell, he doesn't even know if it's possible to appoint five more Supreme Court justices. "I don't know. I don't know what I'm doing exactly." Well, there you go, folks: "Stern '24: I Don't Know What I'm Doing Exactly." via Uproxx