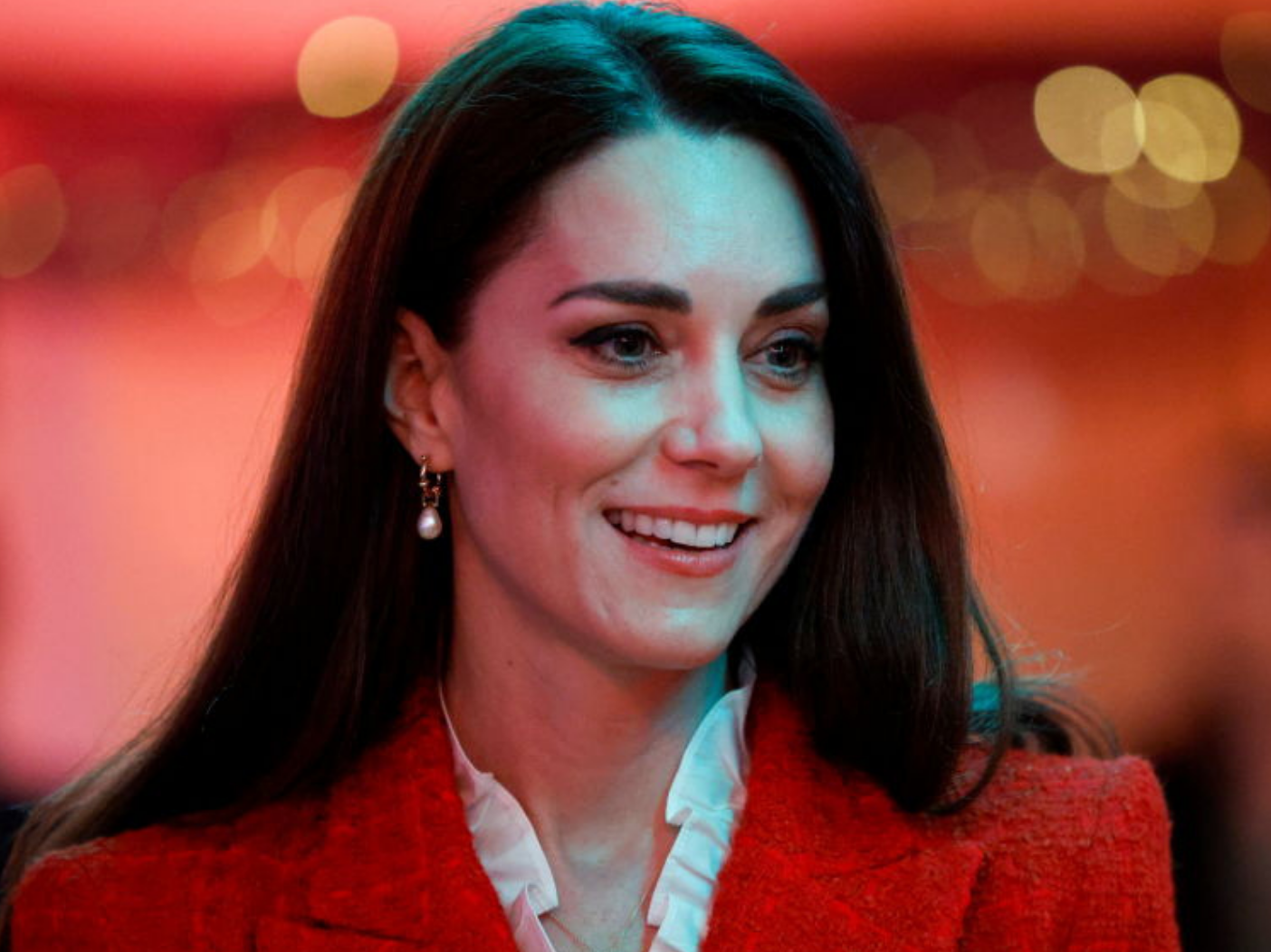 Kate Middleton recently showed off her sporty side on a visit to Plymouth in Devon. The duchess was there to take part in the Great Britain Sail Grand Prix, and she dressed for the occasion!  Middleton’s Sporty Sailing Looks (Photo by Chris Jackson/Getty Images) Middleton arrived in a navy blue and white striped sweater, paired with white linen shorts with gold buttons, white sneakers, and gold hoop earrings. She soon changed out of this nautical-inspired outfit for one more suited to the high seas.  (Photo by Chris Jackson/Getty Images) The duchess reappeared in a wetsuit, life jacket, and an official Great Britain Sailing Team gray baseball cap. Royal fans loved seeing the Duchess of Cambridge suit up in the official sailing team uniform. Her Work With The 1851 Trust Middleton joined Sir Ben Ainslie, the most successful sailor in Olympic history, and the rest of the Great Britain crew on the docks. The race Middleton got to take part in was a friendly “Commonwealth Race” against New Zealand around the south coast of England.  RELATED: Prince William, Kate Middleton Seeking To Branch Their Charitable Work Out To A Surprising Location Before boarding a catamaran with the rest of the team, Middleton met with young people who were taking part in the 1851 Trust’s activities to promote sustainability. The group learned about seagrass, an important component in helping combat climate change. Middleton is a patron of the 1851 Trust, which was co-founded by Ainslie. The organization works to inspire young people to explore science and technology through sports.  The Duke And Duchess Of Cambridge Pass On Love Of Sailing To Kids This isn’t the first time Middleton has taken part in a sailing race. In 2019, she and her husband Prince William competed against each other in a charity event where they served as skippers in a race to win the King’s Cup. The trophy was first presented by King George V at Cowes’ Royal Yacht Squadron in 1920.  Neither royal won the trophy, but William’s team did finish before Middleton’s. At the award ceremony, the duchess was presented with a large wooden spoon: the prize typically given to a captain who’s team finished in last place.  The royal couple are passing this love of sailing down to their three children. “They are very much a family of sailors now,” a source previously told Vanity Fair. “Kate has always been a competent sailor, and William’s pretty good too. They have enjoyed some wonderful time on the coast this summer sailing and showing the children how to steer and sail a boat.” The source added that Prince George and Princess Charlotte are “good swimmers” who had “no qualms about jumping into the sea even if it was a bit fresh.” It looks like they’ll be the next round of royals taking part in these sailing races!  More From Suggest Princess Diana Had A Second Wedding Dress Even More Unconventional Than Kate Or MeghanPrince William, Kate Middleton Breach Royal Protocol Again This Summer Despite Previous Admonishment From Queen ElizabethMeghan Markle Used To Have Quite The Girl Crush On Ivanka Trump, Old Blog Reveals