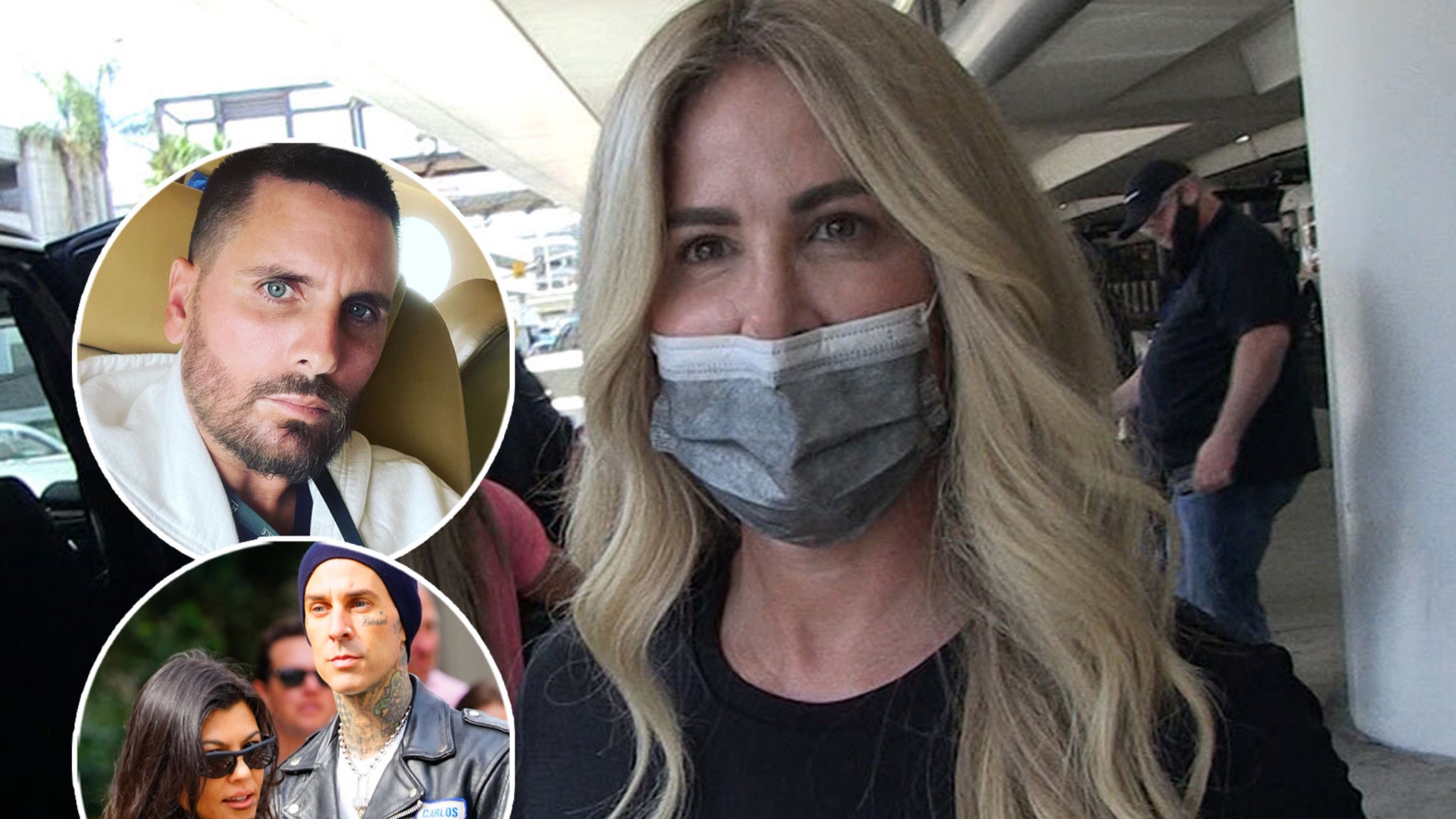 She thinks both Scott and Shanna should be invited — "If they can handle it." Kourtney Kardashian and Travis Barker may have only just gotten engaged — but all eyes are already on the guest list. And according to one Kim Zolciak, both Scott Disick and Shanna Moakler should be invited. "I love it," she said of the engagement after touching down at LAX on Monday. "I do actually. I mean, they're crazy about each other." The RHOA alum said she wasn't surprised at reports their respective exes were having difficulty with the news, since they are both good catches. "They're good people," she said. "Kourtney's good people and Travis is good, so of course they would." The Bravo star shot down criticism aimed at the new couple's engagement photo shoot, which some questioned the sincerity of, claiming it was all for their TV show. "We never made shit up for cameras, you know what I mean?" Kim said of her own family. "I don't think so." "But they have it on professional footage — who wouldn't want that?" she added "It's awesome!" The shoot, she insisted, did not diminish the romance of the moment, "because your film crew is usually your family." As for the big question: Should Scott and Shanna be invited to the big day. "Yeah, I think so," she said "If they can handle it." Whether they actually will go or not — that is a different question. "I don't know Shanna, I don't know her," Kim admitted. "I know Scott... I think Scott would go." "I mean he's an adult, you know what I mean?" she added. "They've got three kids so... yeah." And will Kim herself be there to witness it all go down? "Maybe baby," she replied.