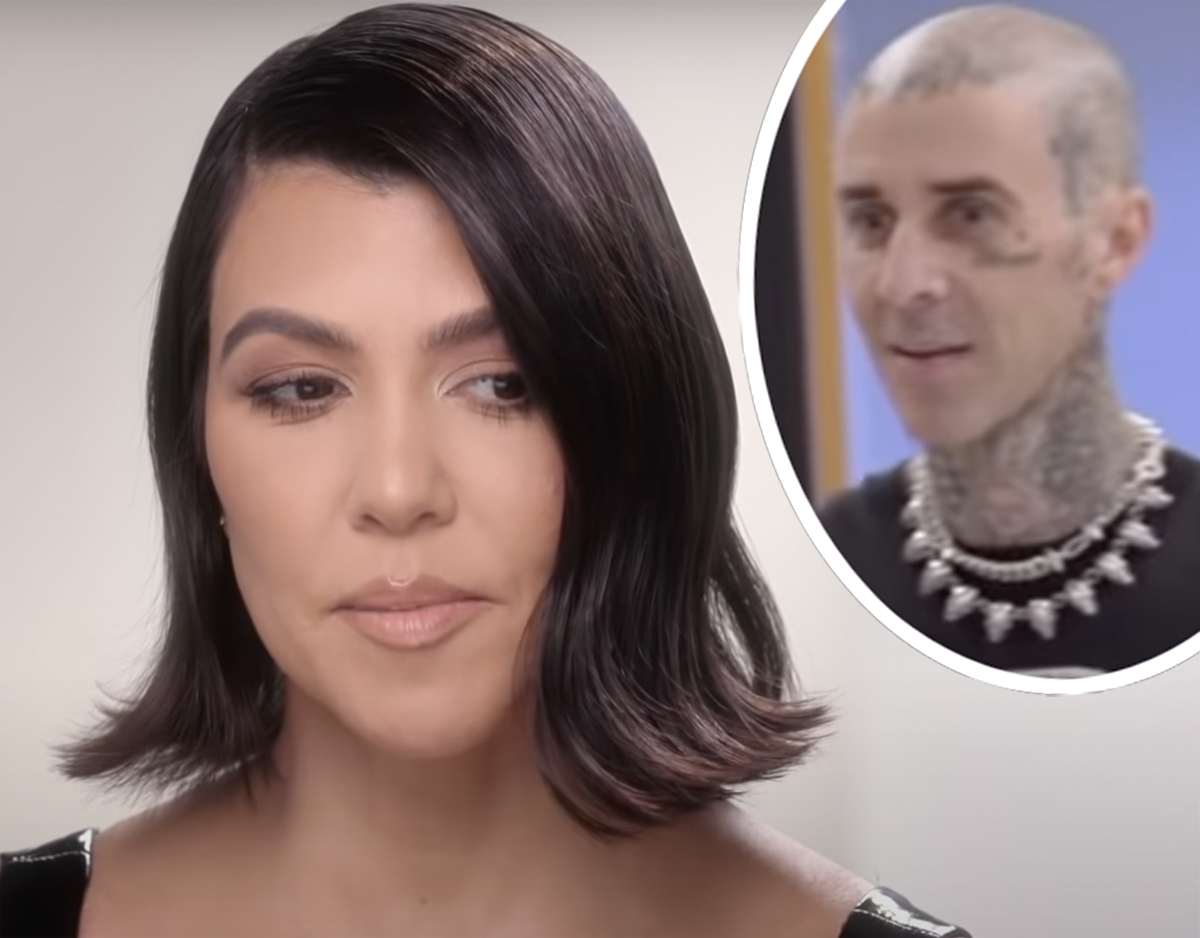 Kourtney Kardashian has been tested over the last 36 hours by the sickness and pain experienced by her new husband Travis Barker. It's their first big crisis as a married couple! As we previously reported on Tuesday afternoon, the newlywed couple rushed to West Hills Hospital near Calabasas that morning after Travis had been doubled over in pain for some time. Doctors determined Travis needed a higher level of care, and transferred him to Cedars-Sinai Medical Center in central Los Angeles later on Tuesday. Now, we know pancreatitis appears to be the reason behind Travis' medical issue . . .