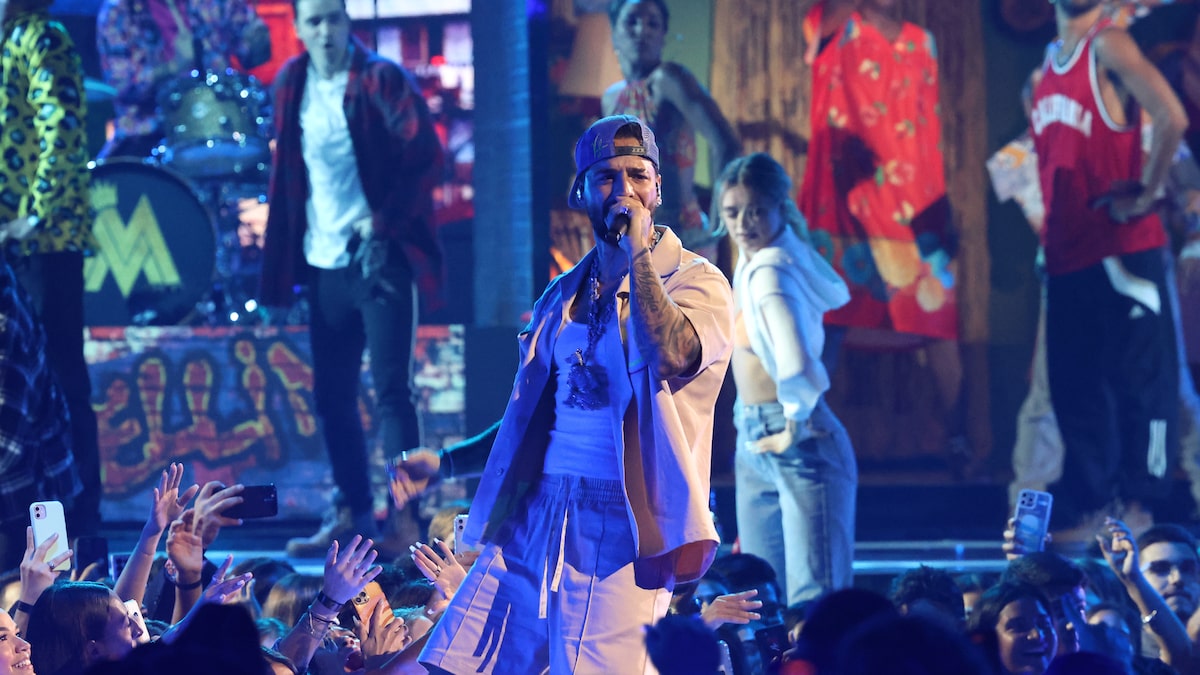 Singer Maluma has just dropped his new single “Junio,” a catchy pop song with an urban feel. Maluma premiered the song on Thursday night at the 2022 Billboard Latin Music Awards! The Latin heartthrob was joined onstage for the performance by 30 dancers and musicians, transporting the audience to the streets of Medellín, Colombia. Watch the performance here. Maluma shot the music video for “Junio” in Medellín. In the video, Maluma’s character is mesmerized by a beautiful woman, who he prays will notice him. After clearing the air on a misunderstanding, they connect. Maluma’s love interest is played by deaf actress Jenifer Pulgarín. The music video was directed by Maluma himself, along with César "Tes" Pimienta and Juan Felipe Zuleta. “Junio” is a track from his upcoming album, a follow-up to his acclaimed record “Papi Juancho.”