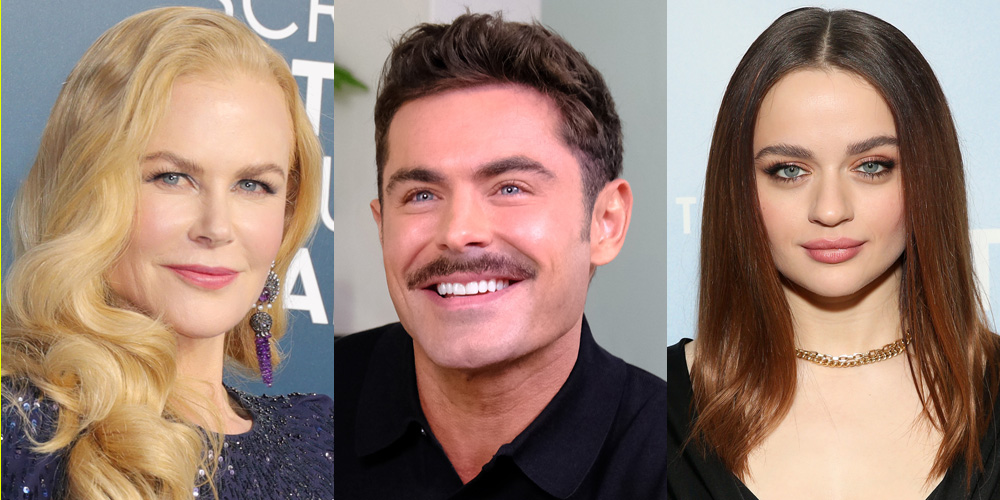 Netflix has set an amazing lineup for their next romantic comedy, starring Nicole Kidman, Zac Efron and Joey King! The film, which remains untitled, will be directed by Behind The Candelabra‘s Richard LaGravenese, who also co-wrote the script. Click inside to read the details about the plot… According to Deadline, the film follows a “surprising romance which kicks off comic consequences for a young woman (King), her mother (Kidman) and her movie star boss (Efron) as they face the complications of love, sex, and identity.” The movie will begin filming later this year. Zac and Joey are no strangers to Netflix. Zac starred as serial killer Ted Bundy in the Netflix movie Extremely Wicked, Shockingly Evil and Vile while Joey starred in Netflix’s wildly popular The Kissing Booth trilogy. Nicole had a huge 2021, culminating in a 2022 Oscar nomination for her work in Being the Ricardos. Stay tuned as we learn more information about this new film!