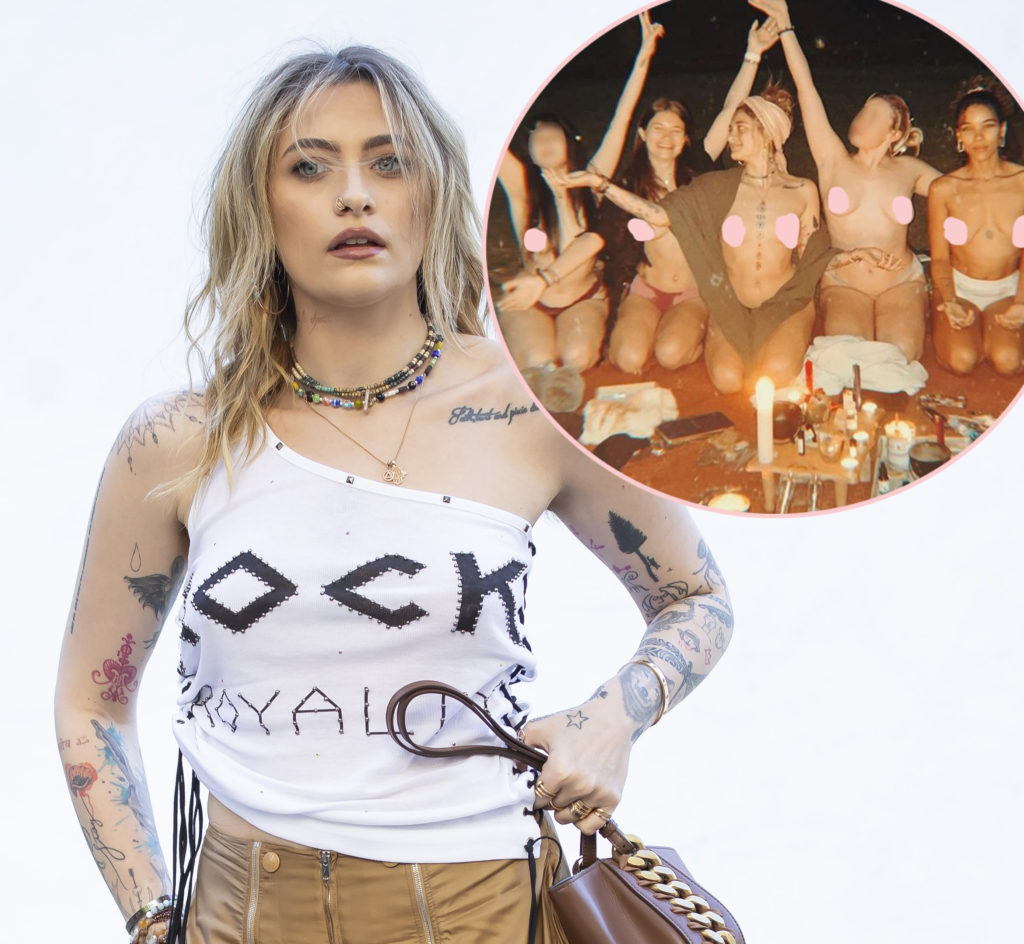 Paris Jackson is letting it all hang out with her main witches! The singer took to Instagram on Thursday to post a few photos from the ritual she and her friends performed in honor of the full moon on Wednesday - while they were completely topless, of course! Related: Paris Jackson Calls Gabriel Glenn Breakup An 'Intense Betrayal' In the series of pics (below), the coven of five were photographed from the front and back as they posed in their underwear surrounded by candles and notebooks. So coven. The 23-year-old star thanked "mother moon" in one caption, while writing in another: . . .