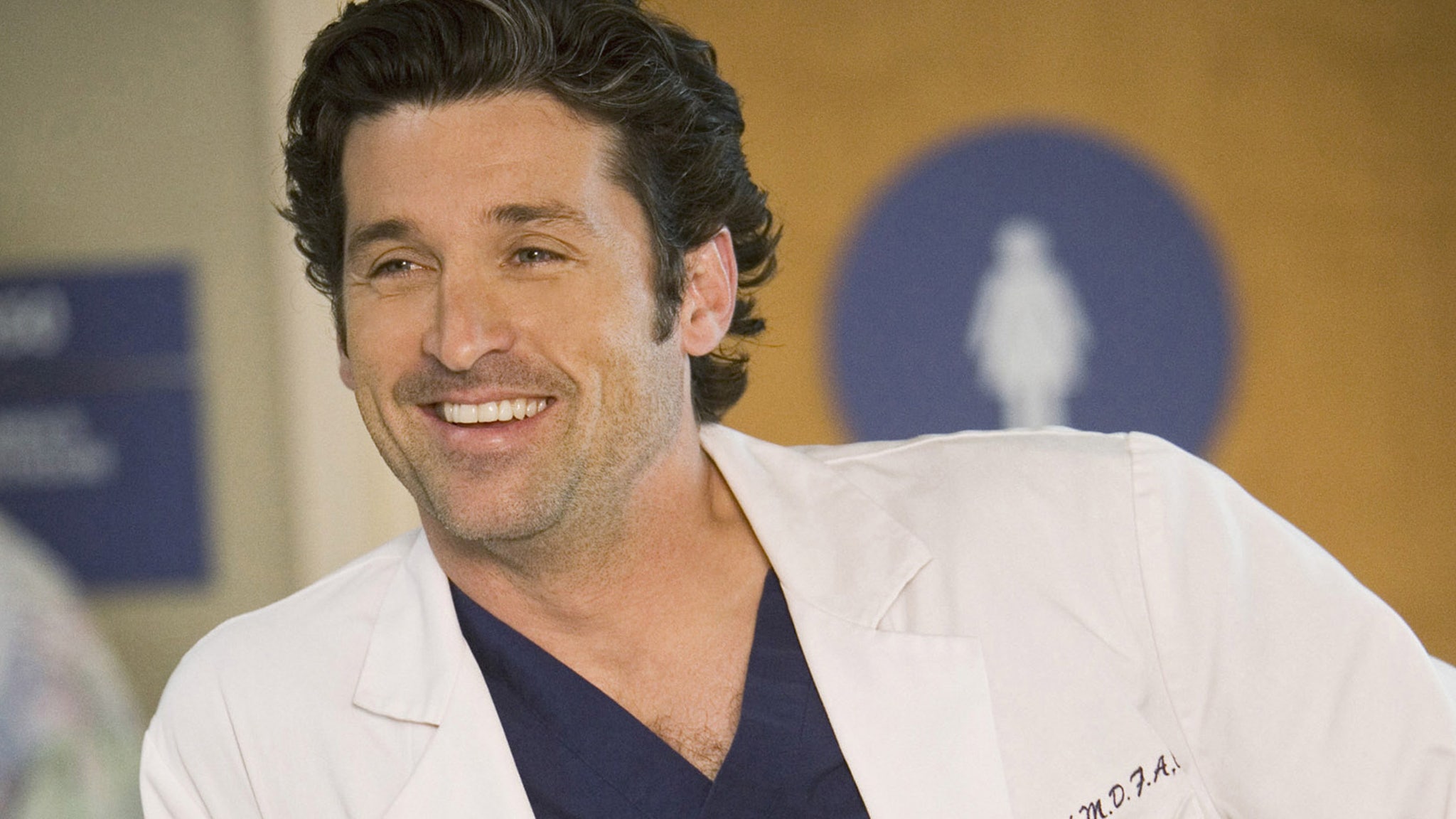 An executive producer claimed "some cast members had all sorts of PTSD with him." Patrick Dempsey has been accused of behaving badly on the set of "Grey's Anatomy" around the time of his exit in 2015. In an upcoming book "How to Save a Life: The Inside Story of Grey’s Anatomy," author Lynette Rice spoke with cast and crew members of the ABC medical drama and revealed the circumstances surrounding the shocking departure of Dempsey, who played Dr. Derek Shepard, aka "McDreamy," for 11 seasons. An excerpt from the account published on Thursday by The Hollywood Reporter claims creator Shonda Rhimes tapped executive producer James D. Parriott to deal with trouble brewing on set with Dempsey. "Shonda needed an OG to come in as sort of a showrunner for fourteen episodes. There were HR issues," Parriott said. "It wasn't sexual in any way. He sort of was terrorizing the set. Some cast members had all sorts of PTSD with him. He had this hold on the set where he knew he could stop production and scare people." "The network and the studio came down and we had sessions with them. I think he was just done with the show. He didn't like the inconvenience of coming in every day and working. He and Shonda were at each other's throats." TooFab has reached out to Dempsey and Rhimes for comment. In the past, she has said she's killed off characters when she hasn't gotten along with the actor playing them -- but didn't name names -- and, at the time of his original exit, said it was a mutual decision for him to leave the show. "It just sort of unfolded in a very organic way," he told EW at the time of his exit. "It happened very quickly. There wasn't a lot of discussion. It was just a natural progression. And the way everything was unfolding in a very organic way, it was like, okay! This was obviously the right time. And then it was a question of ... That's a question for Shonda." According to another executive producer, Jeannine Renshaw, the tension boiled over to include star Ellen Pompeo, who played his on-screen love Meredith Grey. "There were times where Ellen was frustrated with Patrick and she would get angry that he wasn’t working as much," Renshaw claimed. "She was very big on having things be fair. She just didn't like that Patrick would complain that 'I'm here too late' or 'I’ve been here too long' when she had twice as many scenes in the episode as he did." Renshaw said she would remind Dempsey that others had been on set longer. "He would go, 'Oh, yeah.' He would get it." But by the time Rhimes witnessed his behavior first hand, per Renshaw, it was too late. "Shonda had to say to the network, 'If he doesn’t go, I go.' Nobody wanted him to leave, because he was the show. Him and Ellen. Patrick is a sweetheart. It messes you up, this business." "It was ultimately decided that just bringing him back was going to be too hard on the other actors," Parriott said. "The studio just said it was going to be more trouble than it was worth and decided to move on." The writers decided to kill off Dempsey's character with a car accident in Season 11. Dempsey was also interviewed for the book and said he grew frustrated by the grueling schedule of fifteen hours a day for ten months. "Doing that for eleven years is challenging," he said in the book. "But you have to be grateful, because you're well-compensated, so you can't really complain because you don't really have a right. You don't have control over your schedule. So, you have to just be flexible." While fans bemoaned the loss of McDreamy, they were treated to a surprise return last season when he showed up in a dream sequence during Grey's battle with Covid-19.