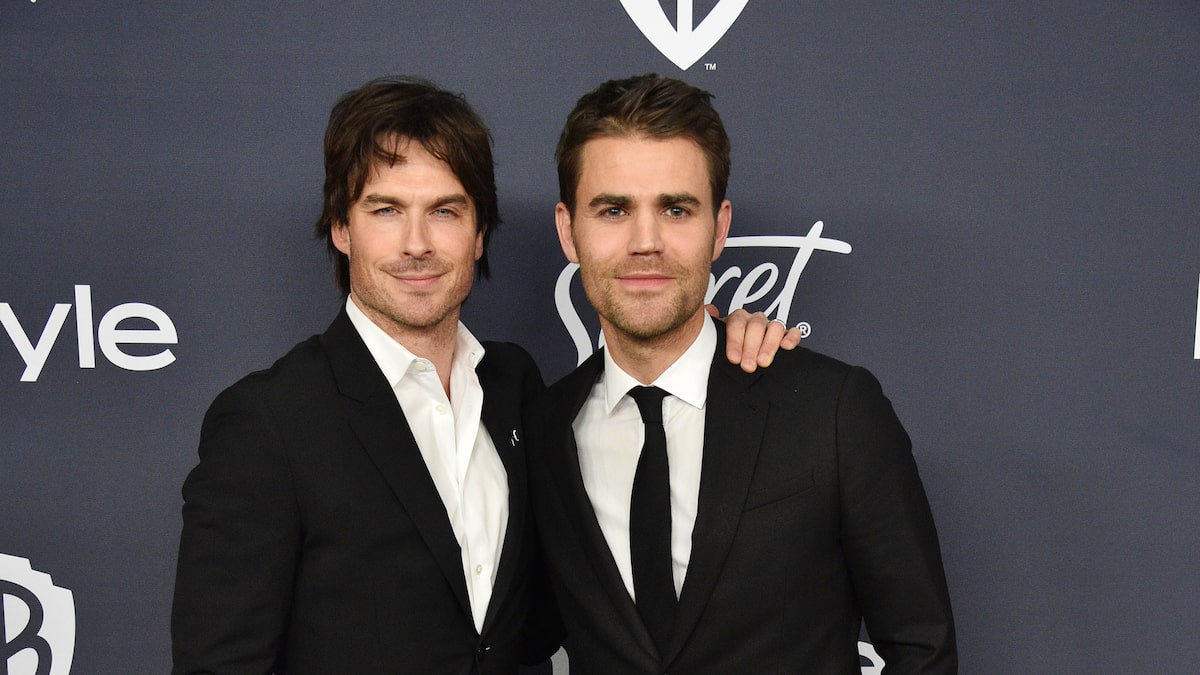 ‘Vampire Diaries’ Stars Paul Wesley and Ian Somerhalder on their ‘Bromance’ and Bourbon!

Paul Wesley and Ian Somerhalder bonded on the set of their popular series “The Vampire Diaries,” and also developed a shared love of bourbon. Now, the stars have their own Brother’s Bond bourbon, and they take their distillery and spirit seriously. The guys are hands-on every step of the way, and they make sure everything is “regenerative” and environmentally sustainable. Their taste for bourbon partially developed after long days on set. The pair would have to substitute iced tea for the hard stuff, and Paul revealed, “After you finish the shoot, it’s like, ‘I need a drink!’” Streaming has made “The Vampire Diaries” more popular than ever. Ian explained, “It’s bigger now than when we were on the air.” So what’s the most “bromantic” thing they have ever done? "Extra's" Jenn Lahmers spoke to Paul and Ian via Zoom about that and more!