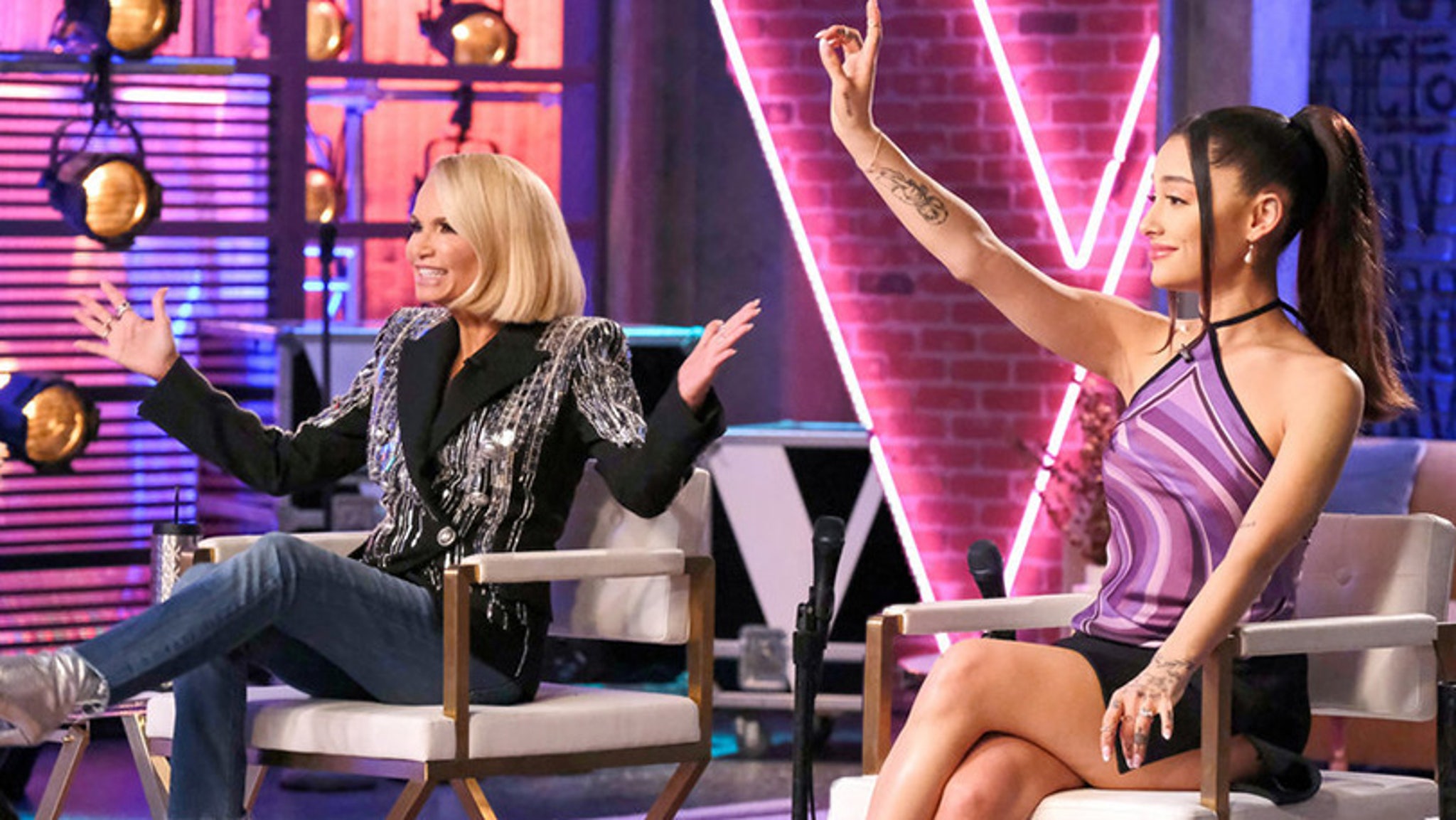 The Voice 5th Judge: Ariana Shows Off Another Incredible Impression as Battles Save Best for Last

The final night of Battles delivers incredible performances, including one so evenly matched not a single Coach can decide who won it! With only Blake Shelton holding onto a Steal, the Battles of “The Voice” wrapped with four strong performances and one killer impression. If there was any doubt that Ariana Grande is a huge fan and supporter of her mentoring partner Kristin Chenoweth, the fact that she dropped a dead-in impression of her tonight, talking about her love of Slurpees no less, was a clear giveaway. These women love and support one another and we are here for it! Bachelorette Blowup Premiere: Michelle Calls Out Creepiest Suitor Ever in Night One Elimination We’re also here for Ariana’s impressions. We saw some more of them when she hosted “SNL” and, of course, we all know what a funny actress she can be from her Disney Channel days. It’s been great seeing those glimpses of her silly side on this show. Ariana Grande's Kristin Chenoweth impression for an Emmy, please and thank you pic.twitter.com/kBtVclYYAq— Meredith B. Kile (@em_bee_kay) October 20, 2021 Ariana has been blowing us all away with her coaching thus far this season, as she really has helped with arrangements and even helping her artists find their own voice within. But it wasn’t Ariana who had the stunning performance that left all three other Coaches completely flummoxed as to who they’d pick. Luckily, Blake was around to pick up the loser. Or in this case, the not-winner, as both of the acts were absolutely incredible in their own right, with only the slightest margin separating them. It was the kind of tightness you usually only see in those family harmonies, of which we got to enjoy two acts tonight. And boy is there nothing like what happens when siblings voices come together. It’s mesmerizing and absolutely beautiful. The night brought a Lana Del Rey-esque twist on “It’s My Party” which we thought was going to be our favorite performance of the night. It was great, but it did not come close to matching what is arguably the best performance of this entire round! Fair warning, since I'm safe at home, I'm probably going to be a little harsher than my colleagues Kelly Clarkson, John Legend, Ariana Grande and Blake Shelton. And just for fun, I'm going to rank the overall performances from worst to first so we can see how my favorites do as the season progresses. Amber Portwood Accepts Daughter Leah 'Doesn't Necessarily Like Me Right Now' on Teen Mom OG Berritt Hayes vs. Kaitlyn Velez (Team Blake - “Yellow,” Coldplay) We only got a glimpse of this Battle, for some reason -- there was plenty of time tonight to see it -- and what we got definitely showcased Berrett more. But we actually feel like Kaitlyn was doing a better job of putting her own stamp on the song. Berritt sounded more on key and in line, but it was a strong copycat performance. We didn’t get a sense of who he is as an artist. Result: Berritt Wins KCK3 vs. Ryleigh Plank (Team Ariana - “Come On Over (All I Want Is You),” Christina Aguilera) KCK3 brings it with incredible three-party harmonies, but through much of this they still wound up sounding like Ryleigh’s backing vocalists. Ryleigh chose a few strategic moments to really step out from the pack and she hit with notes that had Kelly on her feet. She has this power -- we saw it in the Blinds -- but she wasn’t as consistently confident on this style of music as KCK3 was. That makes it much harder to choose who should win. Ultimately, though, it’s impossible to deny that raw power Ryleigh brought to the Blinds. While we weren’t sold on this song choice for her, we are sold on her.. Result: Ryleigh Wins Mel C 'Gutted' After Shocking 'Dancing with the Stars' Elimination The Cunningham Sisters vs. Parker McKay (Team Kelly - “It’s My Party,” Leslie Gore) Parker really has a lot of emotional resonance in her voice, but the real revelation for us in this one was the individual greatness of The Cunningham Sisters. We already knew they had incredible harmonies, and we’d seen glimpses of how good they are individually, but this was a powerhouse showcase of just what they could be capable of with more coaching. As good as Parker is, the Sisters were just more exciting to watch, and with what they can do already, they stand out in the competition in a big way. Result: The Cunningham Sisters Win Jonathan Mouton vs. Paris Winningham (Team Legend - “Here and Now,” Luther Vandross) Easily one of the strongest Battles of the entire round, both men stepped up and really blew us away at different moments throughout this performance. The big difference is that Paris started doing that right away with the depth of his tone and richness of his sound. He chose those measures to shine from the beginning, and that kept him just ahead. While Jonathan had us saying wow from time to time, Paris had us in the palm of his hands from start to finish. That said, both were absolutely incredible. Result: Paris Wins (Blake Steals Jonathan) Blue Ivy Stars In New Tiffany & Co. Ad Campaign With Parents Beyonce and Jay-Z COACHES BANTER “The interesting thing you haven’t seen yet is when Blake steals, he usually goes for the drama.” --Kelly“His strategy is, put them through as much emotional pain as possible and then rescue them.” --John“Yes, then you can remold them into the artist you want them to be. Beat ‘em down and then build them back up the way you want them.” --Blake“It’s like the Bobby Knight approach.” --John“I normally will stick my neck out and say who I would choose, but I don’t know. I would choose Carson.” --Blake (about Jonathan vs. Paris Battle) “The Voice” continues Mondays and Tuesdays at 8 p.m. ET on NBC.