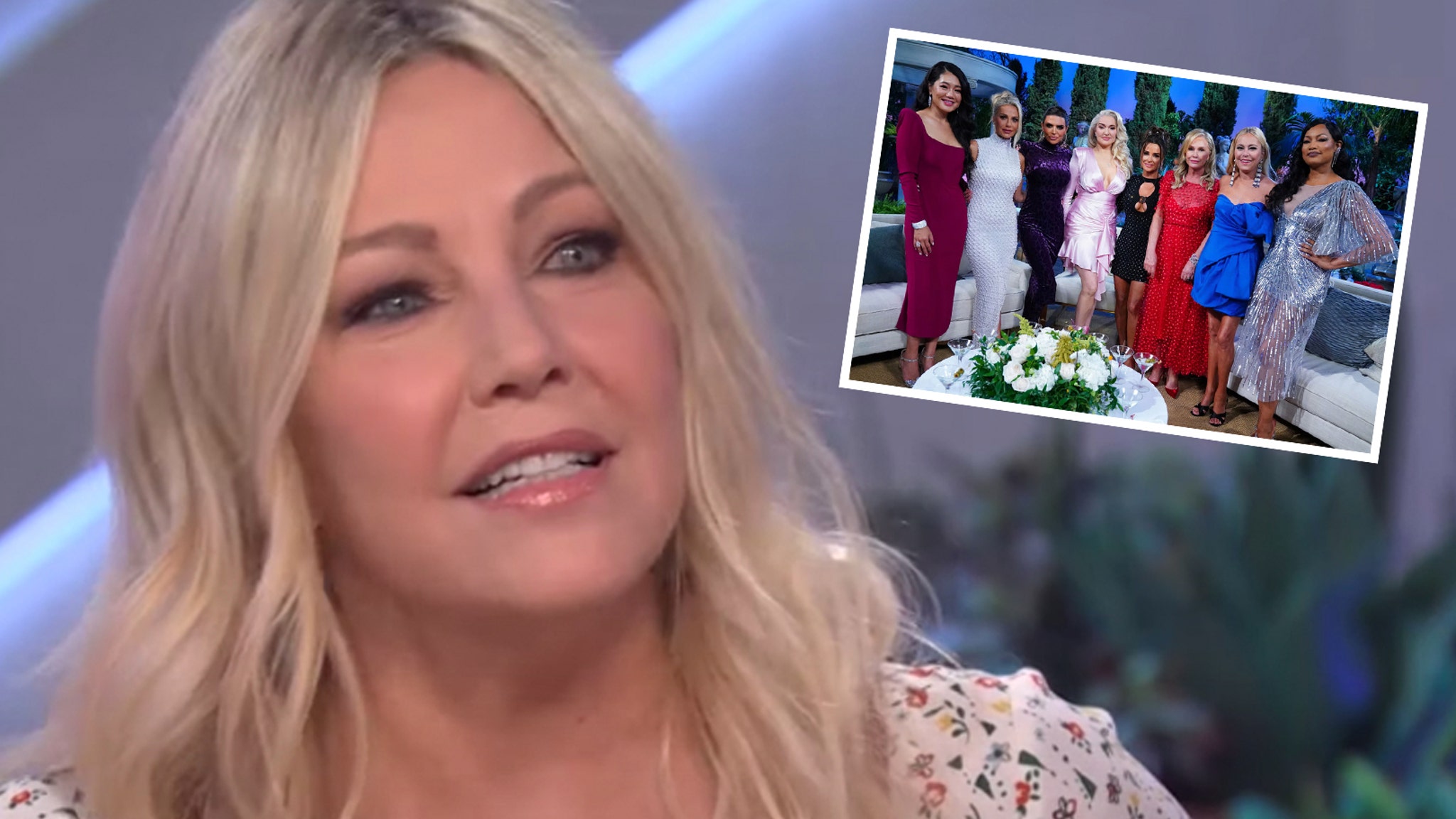 Would Heather Locklear Be Down to Join Real Housewives of Beverly Hills?

The move would reunite her with former "Melrose Place" costar Lisa Rinna. Heather Locklear may be making a return to the spotlight, but that return does't include reality TV. During an appearance on "The Kelly Clarkson Show" Thursday, Locklear was whether she'd ever be interested in joining her former "Melrose Place" co-star Lisa Rinna on "Real Housewives of Beverly Hills." "I'm so not interesting, no, I mean no," admitted the 60-year-old actress, catching Clarkson -- who thought she'd say she's not interested -- off guard. "I'm not interesting enough and I don't drink," Locklear clarified, "it's not quite what I want to do." Locklear recently celebrated two and a half years of sobriety, after entering a facility back in 2019, following two arrests in 2018. After a 30-day program, she reportedly entered out-patient care. After taking a bit of a break from acting, she's back in the Lifetime movie "Don't Sweat The Small Stuff," premiering Saturday, October 14. A Deep Dive Into What Went Down Between Heather Locklear and Denise Richards Although Locklear doesn’t believe she's interesting enough to be cast in the reality TV show, she's been a topic of conversation on the show thanks to her apparent feud with former RHOBH star Denise Richards. During last season's reunion, Lisa Rinna brought up the two falling out, while Brandi Glanville claimed Locklear had texted her support following her own drama with Denise. Richards and Locklear were reportedly friends or maintained a friendly relationship when Denise was married to Charlie Sheen and Heather was married to Richie Sambora. Sheen and Locklear worked together on "Spin City" and the Sheens and the Samboras lived in the same neighborhood. After both couples decided to file for divorce, Richards started dating Locklear's ex-husband Richie back in 2006 which resulted in a rift within the two actresses' friendship. Richards, however, insisted both she and Sambora were single when they started dating. "We didn't meddle in marriages and anything like that." RHOBH Reunion: Lisa Rinna and Garcelle Beauvais Clash Over Alleged 'Race' Comment Glanville -- who was given a cease and desist by Richards after claiming the two had sex on RHOBH -- said Locklear reached out to her during an appearance on "Watch What Happens Live." She further detailed their alleged correspondence in an interview with DailyMail TV. "During this whole dramatic situation -- during the reunion and whatnot, I get an Instagram DM from Heather Locklear who I literally grew up watching on TV and I was kind of starstruck," the 47-year-old former model explained. "She said thank you with a bunch of hearts and prayers and I wrote back to her. I said, 'Listen, you know, the truth always comes out no matter how long it takes and that I'm really sorry that you went through what you went through.'" Brandi also claimed Heather admitted she couldn't watch the reunion. "I just felt sick, I guess about Denise's spirit, such a dark place," Heather reportedly texted Brandi. "So I had to turn it off." Locklear has yet to publicly say anything about Brandi, but a source confirmed to PEOPLE that she and Brandi did text.