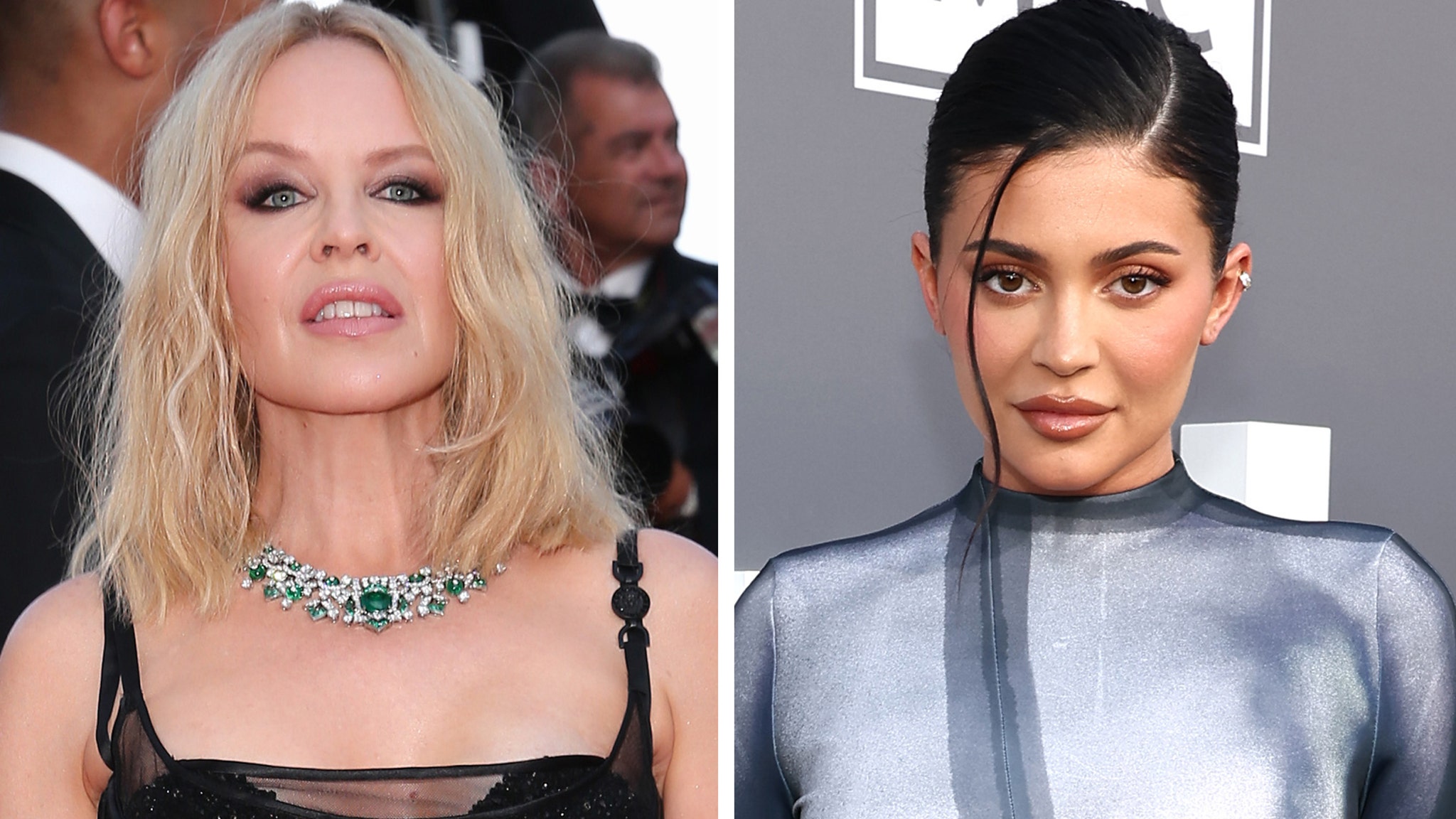 "I've spent a lifetime protecting my brand, building my brand. It was just something that had to be done." Kylie Minogue is reflecting on the trademark battle she won against Kylie Jenner. During an appearance on "Watch What Happens Live with Andy Cohen," the 54-year-old singer spoke to Andy Cohen about the high profile legal case that pitted her against the reality star after she had attempted to trademark their shared first name. Back in 2017, Jenner had attempted to trademark "Kylie" to be used for her cosmetic and clothing ventures which Minogue successfully blocked. Minogue broke her silence on matters when a viewer asked, "What were your first thoughts when Kylie Jenner tried to trademark the name 'Kylie,' and how happy were you that you won that lawsuit?" Although the "Can't Get You Out of My Head" singer never imagined she'd have to fight for her own name, she said "It was just business, obviously." "When I was named Kylie, there was like ... I think I met one person older than me called Kylie," she continued. "So it was kind of unusual." Kylie Jenner Updates Fans On Her Postpartum Recovery After Baby No. 2 As the Kylie Cosmetics mogul's fame began to rise, Minogue found herself having to fight for the reputation she had made with her name around the world. "I've spent a lifetime protecting my brand, building my brand," she admitted. "It was just something that had to be done." Although the singer kept details about her win under wraps, she smiled and said, "We just came to an agreement." "Yes, you did," Cohen laughed. "Oh my God. Did you have to call Kris Jenner and be like 'let me tell you something.'" "No, but I'd love to meet them," Kylie confessed.

Kylie Minogue to work on new album in 2023