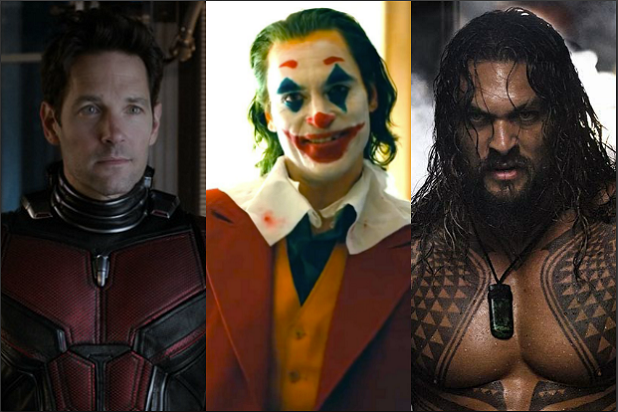 9 Actors Who Lied About Starring in Marvel and DC Roles, From Paul Rudd to Jason Momoa (Photos)

TheWrap takes a look at superhero movie actors who denied being in talks to star in either Marvel or DC Movies (although they really are). Non-disclosure agreements contractually prohibits actors from discussing their casting in Marvel or DC Movies, let alone confirming it with news outlets. Here are the 8 actors who we assume lied for contractual reasons about their roles in superhero movies. Paul Rudd When Paul Rudd was asked in 2013 if he was playing Ant-Man for Marvel Studios, Rudd very coyly said that it was “It’s all rumor, man”. He followed up by saying that he knew nothing about the role. Tatiana Maslany Tatiana Maslany recently denied being in talks to star in Marvel Studios upcoming Disney+ series “She-Hulk” to the Sudbury Star saying, “That actually isn’t a real thing and it’s like a press release that’s gotten out of hand. It’s totally not — I’ve been connected to these things in the past and press has gotten onto it, but it’s not actually a thing, unfortunately.” Benedict Cumberbatch In 2014 at the Penguins of Madagascar Comic Con panel, Benedict Cumberbatch said, “That’s a joke, I’m not Doctor Strange”. During that same con he responded he was too busy playing Hamlet. Cumberbatch would be announced as the Sorcerer Supreme months later. Joaquin Phoenix When Joaquin Phoenix was asked by a reporter if he was going to star in the movie that would lead to his first Best Actor Oscar for playing the Joker, Phoenix said, “”What movie about the Joker?” “I have no idea what you’re talking about.” Brie Larson In 2016, a month before officially being announced as Captain Marvel at Comic Con, Brie Larson told a reporter when asked about the role, “Who is Captain Marvel?” Marion Cotillard In 2011, when asked by MTV at the premiere of “Contagion” if she was playing Talia Al Ghul, a character from the Batman comics in “The Dark Knight Rises,”, Cotillard answered, “”Well, actually, it was not based off of a character in the comic.” Jason Momoa Jason Momoa actually admitted to Jimmy Kimmel he had to lie about playing Aquaman for “four to five years” because “they wanted it to be a secret.” Andrew Garfield “Spider-Man: No Way Home” may technically be a Sony project, but thanks to their agreement with Marvel, it places the story in the MCU. And, when it was revealed that the movie would crack open the multiverse, fans immediately started speculating that Andrew Garfield and Tobey Maguire would return for “No Way Home.” Since Garfield had multiple other projects coming out around the same time, he had to do a lot of press, and he lied, repeatedly, insisting he wasn’t in the movie. .aspect-ratio-box { height: 0; overflow: hidden; padding-top: calc(720 / 1280 * 100%); background: #f9f9f9; position: relative; margin-bottom:30px; } .aspect-ratio-box-inside { position: absolute; top: 0; left: 0; width: 100%; height: 100%; }