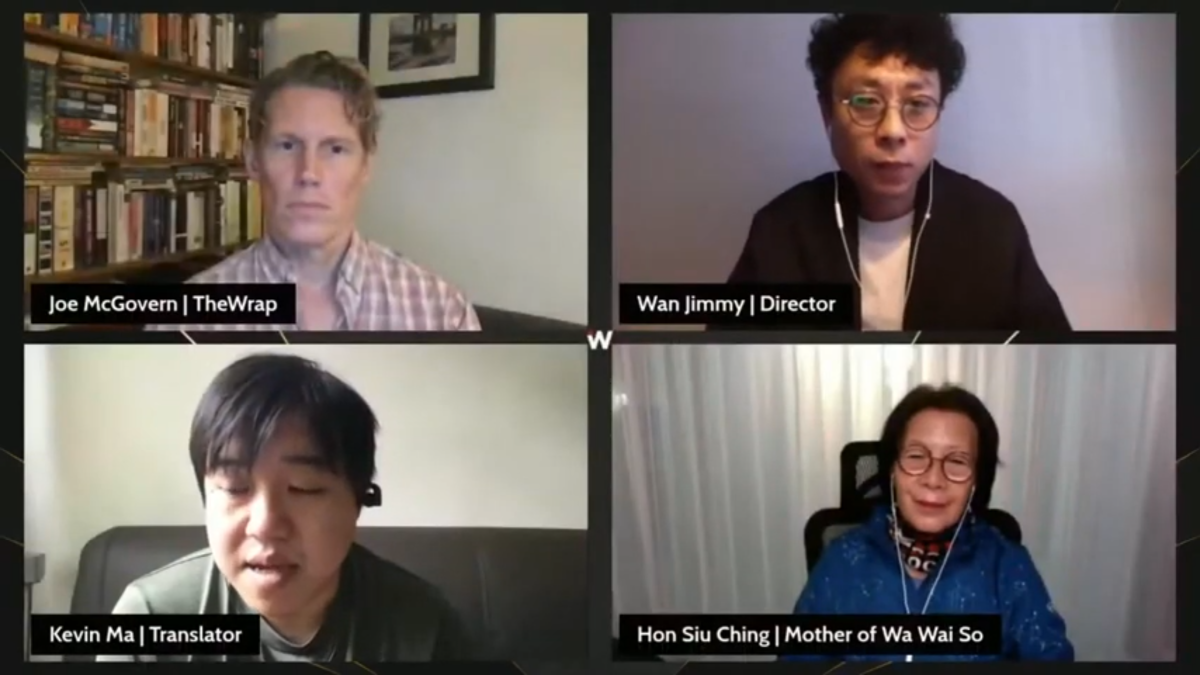 “Zero to Hero” centers on So Wa Wai, the first athlete from Hong Kong to win gold at the Paralympic Games. The film also focuses on the touching relationship between So Wa Wai and his mother, who helped the Paralympian navigate personal and physical struggles with her help. Originally titled “On Your Mom, Get Set, Go!,” it is the top-grossing local film in Hong Kong this year. And according to director Jimmy Wan, from inception to completion, the film took about a decade to get made. “This is based on a true story and by the time we started developing it, So Wa Wai was already in his 30s so we are talking about story that spans three decades,” Wan tells The Wrap’s Joe McGovern via a translator. “So that means a lot of research and a lot of talking to people around him, people that know him, and then taking all these episodes and turning it into a film script. That took a long time.” Wan added: “We also really lucky to have found Sandra (Kwan Yue Ng) and the rest of cast, who played their roles really well. So the entire project, from beginning to completion took about 10 years.” Also of note, during the film’s decade of development, Wan also enlisted the help of Hon Siu Ching, the real life mother of So Wa Wai (played by actress Sandra Kwan Yue Ng). “Jimmy approached me about eight or nine years ago and over the years, we met up for meals, we chatted a lot, and he collected information about me,” Siu Ching said via a translator. “At the time, I only thought I was I was giving him information and I was telling him so much that even I forgot what I told him but then he actually remembered everything and he jotted down everything.” Siu Ching added: “I thought I was just giving information and telling him my story, which is easy, because I didn’t think that a film that is so positive would make it to screens in Hong Kong. In the end, it actually happened.” In terms of finally seeing herself on screen, Siu Ching said, “I’m really amazed that they found a star like Sandra to play me because I thought she’s so pretty and young. I mean, I felt it would be difficult for her to play someone my age.” Siu Ching added:” “In the end, she really captured a lot of me, she even captured mannerisms that I don’t think my sons knew about. So to see it completed and see her performance on screen and and to see the film give Hong Kong so much positive energy. It’s something that’s a real joy to me.” Did Siu Ching have any pointers for Sandra? “No, because I mean, Sandra is one of the top actresses we have here in Hong Kong and I’m not professional, so I wouldn’t give her that kind of advice.” “Zero to Hero” was selected as the Hong Kong entry for the Best International Feature Film at the 94th Academy Awards. Watch the rest of Joe McGovern’s interview with director Jimmy Wan and Hon Siu Ching in the embed above.