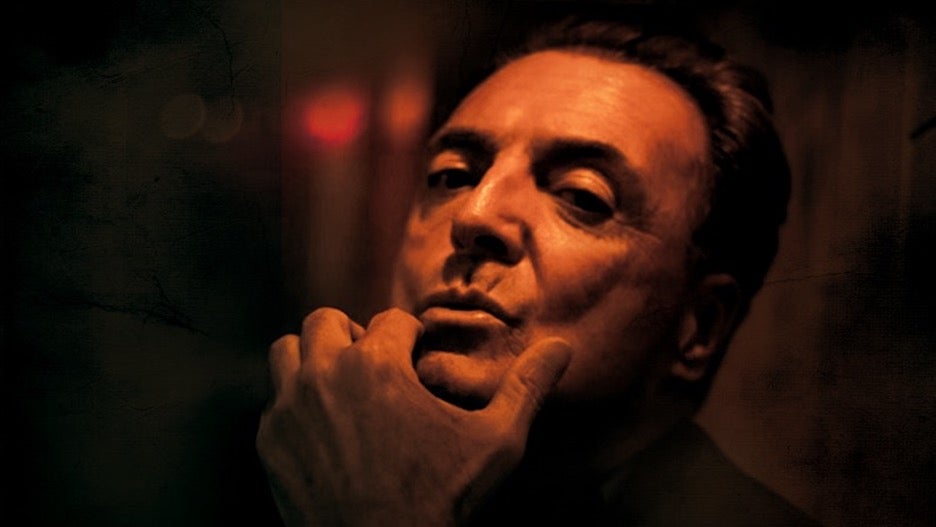 A sequel to the 1996 TV movie "Gotti" about mobster John Gotti is in the works, with Nick Vallelonga (who co-wrote and produced "Green Book") and George Gallo (who wrote "Midnight Run") signed on to write. Armand Assante, who won an Emmy for a Lead Actor in a Miniseries or a Special for his portrayal in the original, is set to reprise his title role in "Gotti 2: The Final Chapter, Facts Undisputed." The news was announced by the sequel's executive producer Michael Mota at the MobMovieCon event in Atlantic City Friday. The 1996 film "Gotti" and this latest sequel is not to be confused with the 2018 John Travolta film "Gotti," which famously scored a 0% on Rotten Tomatoes and stands as one of the review aggregator's worst reviewed movies of all time. The TV movie "Gotti: The Rise and Fall of a Real Life Mafia Don" aired on HBO and was a fictionalized telling of his rise in the Gambino crime family before being convicted of racketeering and murder in 1992. Robert Harmon directed the film, which also starred William Forsythe and Anthony Quinn and was nominated for seven Emmys, winning one for Assante. Producing "Gotti II" are Arnold Rifkin ("Tears of the Sun") and Johnny Arreola of Vision Studios. No director has been set, and the film is not set up with a distributor. Mota says that John Gotti's son, John A. Gotti, is serving as an advisor on the film and will provide access to the family's archives, with which they also hope to produce a documentary about Gotti's life. "Gotti II," however, will be a fiction film. “John’s mission is to tell his father’s story factually and comprehensively, which is precisely why he has come to us in our shared capacity as storytellers. He understands that with 'Gotti II' we will deliver the truth via the powerful vehicle of dramatic fiction," Mota said. "He knows that the Gotti fictions written and told as fact by so-called authorities are best described as bogey man tales – fables cynically designed to keep an under-informed citizenry scared and willing to excuse the many illegal and immoral excesses of their self-proclaimed ‘honorable’ protectors.” He continued: "The only promise we make to John and, by extension his family, is one of honesty throughout the storytelling process. He has willingly accepted our assurance that punches will not be pulled, and he acknowledges that corrective surgery is never bloodless, but, when done with skill and honor, almost always effective.” Vallelonga won two Oscars for 2018's "Green Book," including Best Original Screenplay and for Best Picture.

Do Ben Affleck And Jennifer Lopez's Kids Get Along In Their Blended Family?

Angelina Jolie And Brad Pitt Have Been Divorcing For Ages. The Reason Behind Why She’s Allegedly Still Fighting In Court

Lena Dunham Reveals Big Director Penny Marshall Once Called Her Out In An Audition, But She Was Totally Right