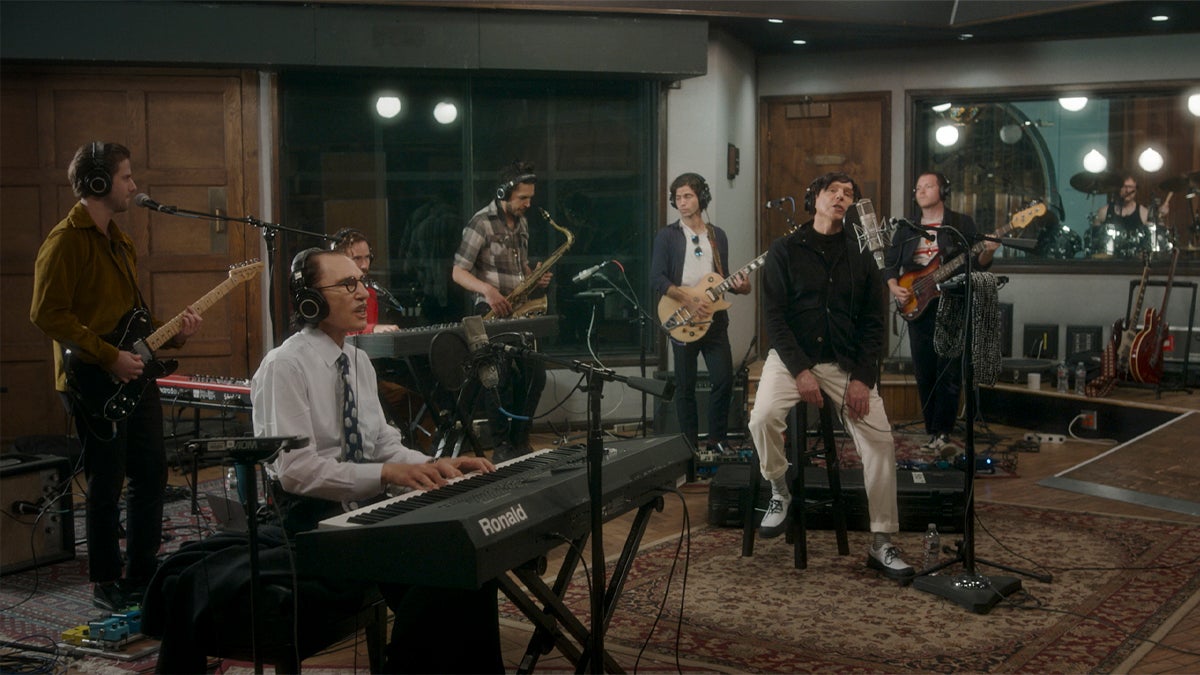 A version of this story about Ron and Russell Mael and “Annette” first appeared in the Race Begins issue of TheWrap’s awards magazine. As Edgar Wright’s documentary “The Sparks Brothers” makes clear, the Los Angeles-based brothers Ron and Russell Mael have had a long and strange run as the hugely influential, intermittently successful and purposely elusive band Sparks. But their five-decade career has never quite seen a year like 2021, which began with the Sundance premiere of Wright’s playful benediction and went on to include a Cannes Film Festival opening-night slot for “Annette,” a twisted musical that the band wrote almost a decade before it was finally put on the screen by “Holy Motors” director Leos Carax. “The reaction, first, to the documentary was just so completely positive – and then having ‘Annette’ coming out on its coattails and being the opening-night film at Cannes was just an amazing, amazing thing to have happened to us at this point,” said Russell, the younger of the brothers and the lead singer in Sparks. “Annette,” the story of an opera singer who falls in love with a stand-up comedian, was largely written when the Mael brothers presented it to Carax as a potential movie after they met him in Cannes in 2012. Parts of it changed as the French director worked on it for years and cast Marion Cotillard and Adam Driver in the lead roles, but the story itself was “100%” what is on the screen now, Russell said. “There have been subtle changes in it, but nothing traumatic as far as we’re concerned.” And while the film has the lead actors singing almost all of their dialogue, including while they’re having sex, the plan was always to begin with a song that stood outside the action and kicked things off. “The song ‘So May We Start’ was there from the very beginning, and it was probably the first song that we wrote,” said Ron Mael, the older brother who serves as Sparks’ keyboardist and is known for his deadpan expressions and Charlie Chaplinesque (or is it Hitleresque?) mustache. “We liked the device of people breaking through the film and addressing the audience directly,” he said. “And we felt that with an opening piece, we could establish the actors. If you look carefully, you can see that Adam Driver’s carrying the wig he’ll be wearing in the next scene.” The song offers instructions to the audience (“Ladies and gentlemen, please shut up and sit”), talks about the film’s cost (“the budget is large, but it’s not large enough”) and even mocks the Maels themselves (“the authors are here, so let’s not show disdain/the authors are here and they’re a little vain”). “We thought it would be an interesting way to start the film, just being self-referential about the movie and the creators of the movie,” Russell said. It also offers some mild spoilers for what is about to occur, delivered on screen by the Maels as they, much of the cast and Carax himself spill out of a recording studio onto Santa Monica Boulevard in West Los Angeles to sing a song that wouldn’t seem entirely out of place on a Sparks album. “It’s a pop song in the style of Sparks in a certain sense, but it also feels like it’s in a musical at the same time,” Ron said. “I would like to say that it was incredibly difficult to write, but it wasn’t.” The success of “Annette” now has the Maels working on another movie musical in addition to writing new Sparks songs. “We have confidence now that we know a lot of the practical issues involved,” Russell said. “We’ve learned what’s involved, and now we’re more comfortable with the process.” And as you might expect from a group that has spent almost five decades making invigorating musical left turns, they’re also interested in not just making musicals, but messing with the form itself. “To be honest, the novelty of being part of the movies is enticing to us,” Ron said. “And we feel that movie musicals haven’t really been explored in ways that we feel they can be. “People that have problems with ‘Annette’ are looking at it from the perspective of the past ways that movie musicals are done. And I don’t want to come across as arrogant, but we’re trying to reinvent, in a certain way, the modern movie musical.” Read more from the Race Begins issue here. .aspect-ratio-box { height: 0; overflow: hidden; padding-top: calc(720 / 1280 * 100%); background: #f9f9f9; position: relative; margin-bottom:30px; } .aspect-ratio-box-inside { position: absolute; top: 0; left: 0; width: 100%; height: 100%; }