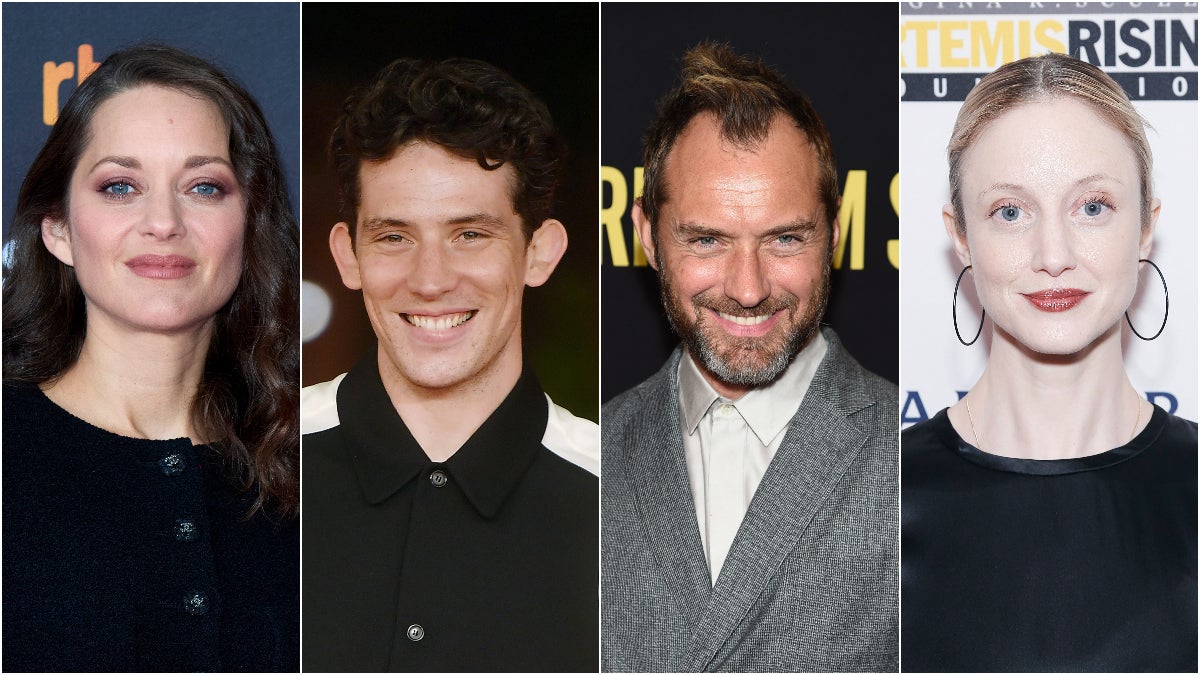 Marion Cotillard, Jude Law, Josh O’Connor and Andrea Riseborough have joined the cast of “Lee,” a biopic starring Kate Winslet as trailblazing war correspondent Lee Miller. Miller was a Vogue cover model turned photo journalist and war correspondent during World War II who aimed to uncover secrets about the Third Reich but, along the way, discovered harsh truths about her own past. The film will be presented to buyers at the upcoming American Film Market. With the new cast attached, it now looks to begin shooting in late summer 2022. Ellen Kuras is directing “Lee” from a script by Liz Hannah (“The Post,” “Mindhunter”), and the film is adapted from the book “The Lives of Lee Miller” by Antony Penrose, Miller’s son.  Penrose and the Miller estate have granted the production unprecedented access to The Lee Miller Archives, which include all of her photos and diaries. Finola Dwyer, Troy Lum and Andrew Mason of Hopscotch Features are producing “Lee” along with Kate Winslet. Liz Hannah will executive produce.  Also having recently joined the production team are composer Alexandre Desplat, costume designer Michael O’Connor, cinematographer Pawel Edelman and makeup and hair designer Ivana Primorac. Rocket Science will executive produce and launch international sales at the virtual AFM.  CAA Media Finance and UTA Independent Film Group will represent the film’s domestic rights.   Cotillard most recently starred in “Annette” with Adam Driver. Law will next be seen in the third “Fantastic Beasts” film and “Peter Pan & Wendy.” O’Connor just won an Emmy for his work on “The Crown” and was recently seen in the film “Mothering Sunday.” And Riseborough will be seen in David O. Russell’s next untitled film and a new take on “Matilda.”   Winslet is represented by CAA and United Agents; Cotillard by CAA and Adéquat; Law by CAA and Julian Belfrage Associates; Riseborough by CAA and Independent Talent Group; O’Connor by CAA and Independent Talent Group; Kuras by UTA; and Hannah by UTA, Echo Lake Entertainment, and Jackoway Austen Tyerman Wertheimer Mandelbaum Morris Bernstein Trattner & Klein.  Deadline first reported the news.

Ahead Of His Zeus Debut In Thor: Love And Thunder, Russell Crowe Is Joining A Supernatural Thriller

How to Watch Severance on Apple TV+

Kristen Stewart Is Making An A24 Movie Next, And It’s Putting Together A Talented Cast