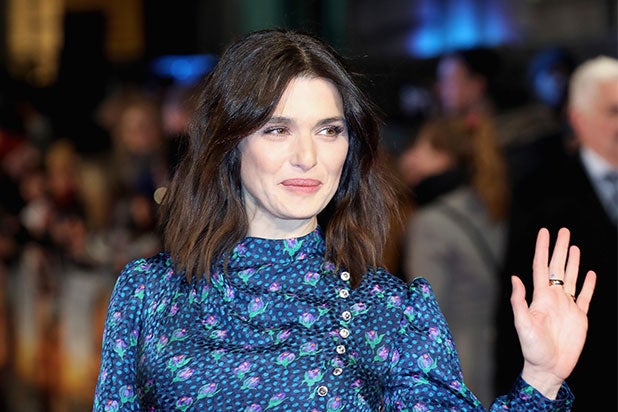 Rachel Weisz Warns Against Female James Bond: Women 'Should Get Their Own Stories'

Rachel Weisz doesn’t want to see a female James Bond movie, saying she believes women “should get their own stories.” “[Fleming] devoted an awful lot of time to writing this particular character, who is particularly male and relates in a particular way to women,” Weisz told The Telegraph. “Why not create your own story rather than jumping on to the shoulders and being compared to all those other male predecessors? Women are really fascinating and interesting and should get their own stories.” Of course, Weisz is married to our current James Bond (Daniel Craig), who is set to reprise his role of 007 in “Bond 25,” set for release November 2019. No director has become attached yet. Also Read: MGM Says James Bond Rights Still Up in the Air, Boasts Strong Q3 After Epix Acquisition The idea of a Jane Bond film has been circulating for years, with actresses like Priyanka Chopra and Emilia Clarke expressing interest in playing the spy. Elizabeth Banks and Gillian Anderson have also fueled the fire, and while Emily Blunt hasn’t expressed interest in the role, her name has been circulating as a potential star as well. For now, we can look forward to Blake Lively’s “The Rhythm Section,” the first film in what’s intended to become a franchise with James Bond producers Wilson and Broccoli producing. Jude Law is also attached to the film. Also Read: Blake Lively's Hand Injury Halts Production on Spy Thriller 'The Rhythm Section' “The Rhythm Section” is based on a series of spy novels by Mark Burnell, which tells the story of woman scorned by the loss of her family in a mysterious plane crash. While it was previously halted due to Lively’s hand injury sustained on set, the film is still aiming for a wide release on Feb. 22, 2019. Related stories from TheWrap:Steven Seagal Denies Sexual Assault Accusation by Bond GirlDaniel Craig Confirms He's Returning as James Bond (Video)New James Bond Movie Set for 2019 Release, No Word on Daniel Craig

Double Shot at Love Renewed For a Third Season at MTV

Godzilla vs. Kong Stays Atop the Domestic Box Office Despite 58% Drop