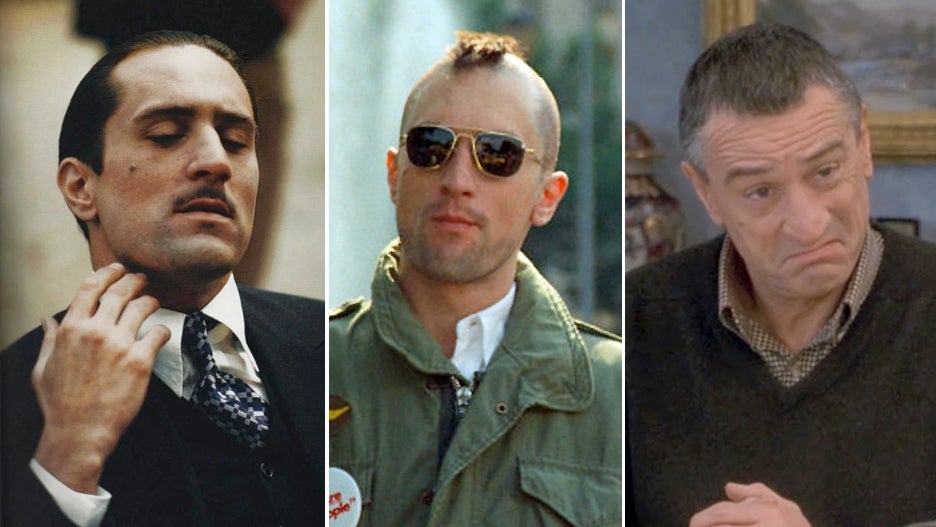 Happy Birthday Robert De Niro! It’d be nearly impossible to catalog all of his finest roles across decades of being one of America’s greatest actors, but he has given us a lot of easily iconic lines of movie dialogue. Here are just a few of those greatest quotes. “You talkin’ to me?” – “Taxi Driver” (1976) – Fittingly, De Niro is behind one of the most famous movie quotes of all time and a perfect assessment of masculinity. “Someday a real rain will come and wash all this scum off the streets.” – “Taxi Driver” (1976) – Another great line from “Taxi Driver,” this early voice-over monologue showcases Travis Bickle’s scary sense of morality. “You didn’t get me down, Ray.” – “Raging Bull” (1980) – Jake La Motta has just taken an absolute beating from Sugar Ray Leonard, but he stands upright as he takes his punishment. This line echoes the movie’s theme of a guy who hurts himself so much so he can feel anything. “Listen to me very carefully. There are three ways of doing things around here: the right way, the wrong way, and the way that *I* do it.” – “Casino” (1995) – Though not as famous as his other Scorsese work, “Casino” is one of De Niro’s more underrated best roles. “Don’t let yourself get attached to anything you are not willing to walk out on in 30 seconds flat if you feel the heat around the corner.” - “Heat” (1995) – De Niro delivers this line in a powerful, emotional scene across from Al Pacino in Michael Mann’s action classic. “War is show business – that’s why we’re here.” – “Wag the Dog” (1997) – A rare political turn for De Niro, “Wag the Dog” is still a remarkably timely and cynical a story about media spin and public opinion. “I grew up in a tough neighborhood, and we used to say, you can get further with a kind word and a gun that you can with just a kind word.” – “The Untouchables” (1987) - De Niro makes a terrifying Al Capone in Brian De Palma’s film, most notably in this harrowing scene where he calls, “Batter up!” “Never rat on your friends and always keep your mouth shut.” – “Goodfellas” (1990) – De Niro offers some great words of wisdom in this classic scene from “Goodfellas.” “Better to be king for a night than schmuck for a lifetime.” – “The King of Comedy” (1982) – This single De Niro quote embodies the sad, strange tragedy of Rupert Pupkin, one of De Niro’s most out-of-character roles in Scorsese’s cult favorite. “I’m bound for the promised land!” – “Cape Fear” (1991) This is De Niro at his most unhinged, quoting scripture in a Southern drawl and terrorizing the “counselor” played by Nick Nolte with his psychotic philosophies and prison wisdom.

This Is Us Season 6 Trailer Previews the Final Chapter