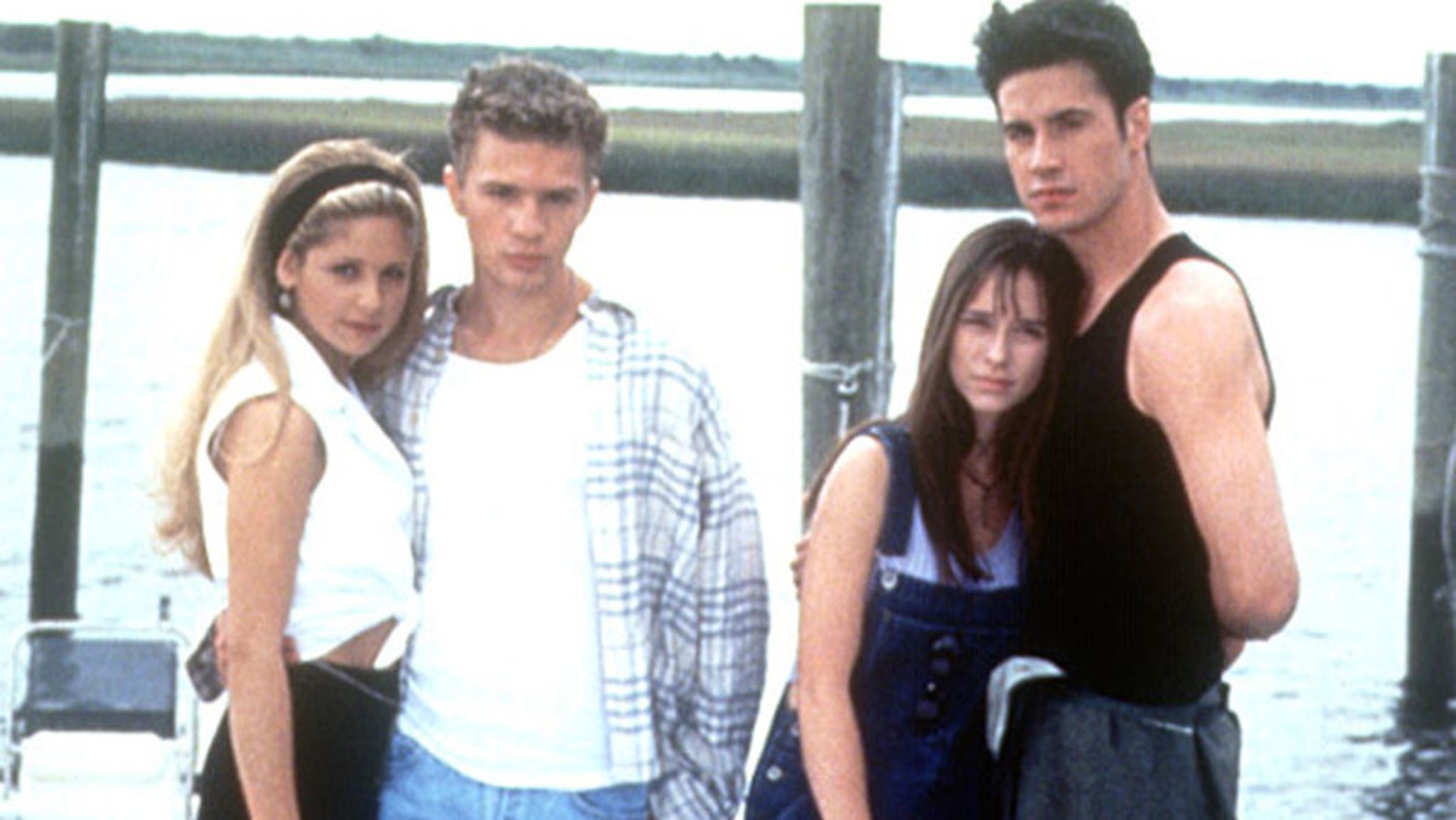 Sarah, Freddie, Ryan and Jennifer all shocked the new stars -- and, yes, Hewitt even let out a "What are you waiting for?!" There was a passing of the proverbial torch between the stars of the 1997 film "I Know What You Did Last Summer" and the cast of the new TV show of the same name on Friday during a big New York Comic-Con surprise. Believing they were getting some questions from "die hard fans" during the virtual panel, the cast of the Amazon Prime Video show instead got special video messages from Jennifer Love Hewitt, Sarah Michelle Gellar, Ryan Phillippe and Freddie Prinze Jr. -- and, yes, they were shocked. "What's up you guys, it's Freddie and I welcome all of you as the new generation of I Know What You Did Last Summer," began Prinze Jr., as the foursome appeared one by one. "I know you guys are gonna do a great job repping it." "I was capable of pulling off pranks and scares on every single cast member because I distribute my pranks on an equal opportunity basis," he continued, before asking who was able to do the same on the set of their series. SMG was up next, with the cast of the show getting more starstruck with each video that came in. "How do you handle a killer haircut, or any other curveball a killer might throw your way?" asked Gellar, referring to the nasty cut the fisherman gave her in the middle of the night in the original. "I just want to say, I can't wait for the series and I know this new cast is going to absolutely kill it or be killed, I was," Phillippe then added. "If I learned anything, it's that you always have to be prepared to run for your life, especially if you have a car chasing you and you're on foot. Did any of you have a chase scene you had to prepare for?" Star Ashley Moore confirmed she definitely runs for her life in the show -- so, yes, fans can expect one helluva chase scene. Jennifer Love Hewitt Shares 'I Still Know What You Did Last Summer' Tanning Bed Horror Story Jennifer Love Hewitt was last and while she didn't necessarily have a question for them, she did give her seal of approval. "I just want to say how excited I am that 'I Know What You Did Last Summer' is finally becoming a TV series," she began. "If they had asked me years ago what I thought about it, I would have of course said, 'What are you waiting for, huh?! What Are you waiting for?!'" Hewitt recreating her most infamous moment from the film? Iconic. She then added, "Lots of love, best of luck and I can't wait to see it." The series' executive producer Sara Goodman said getting the "blessing" of the OGs was "hugely meaningful" for her and the entire cast. "The last thing we wanna do is undermine what they created," she added. "We moved onto the next generation, but with full respect to the movie and actors that are in it. The fact that they're giving us their respect and blessing could not mean more." "I just feel honored. I think it's so cool," added Madison Iseman. "We're so proud of this and it's coming from such an iconic movie and iconic universe and we feel very lucky to be a part of it. Getting their approval is kind of everything." Brianne Tju then brought it to a close by saying the OGs "created this legacy and I just feel so honored that they passed the torch to us and we can only hope -- and I think we have -- done them justice." "As Sara said, that was of their time and this is of our time. I just feel honored to take on that responsibility." "I Know What You Did Last Summer" premieres October 15 on Amazon Prime Video.

The Enduring Legacy of Buffy the Vampire Slayer