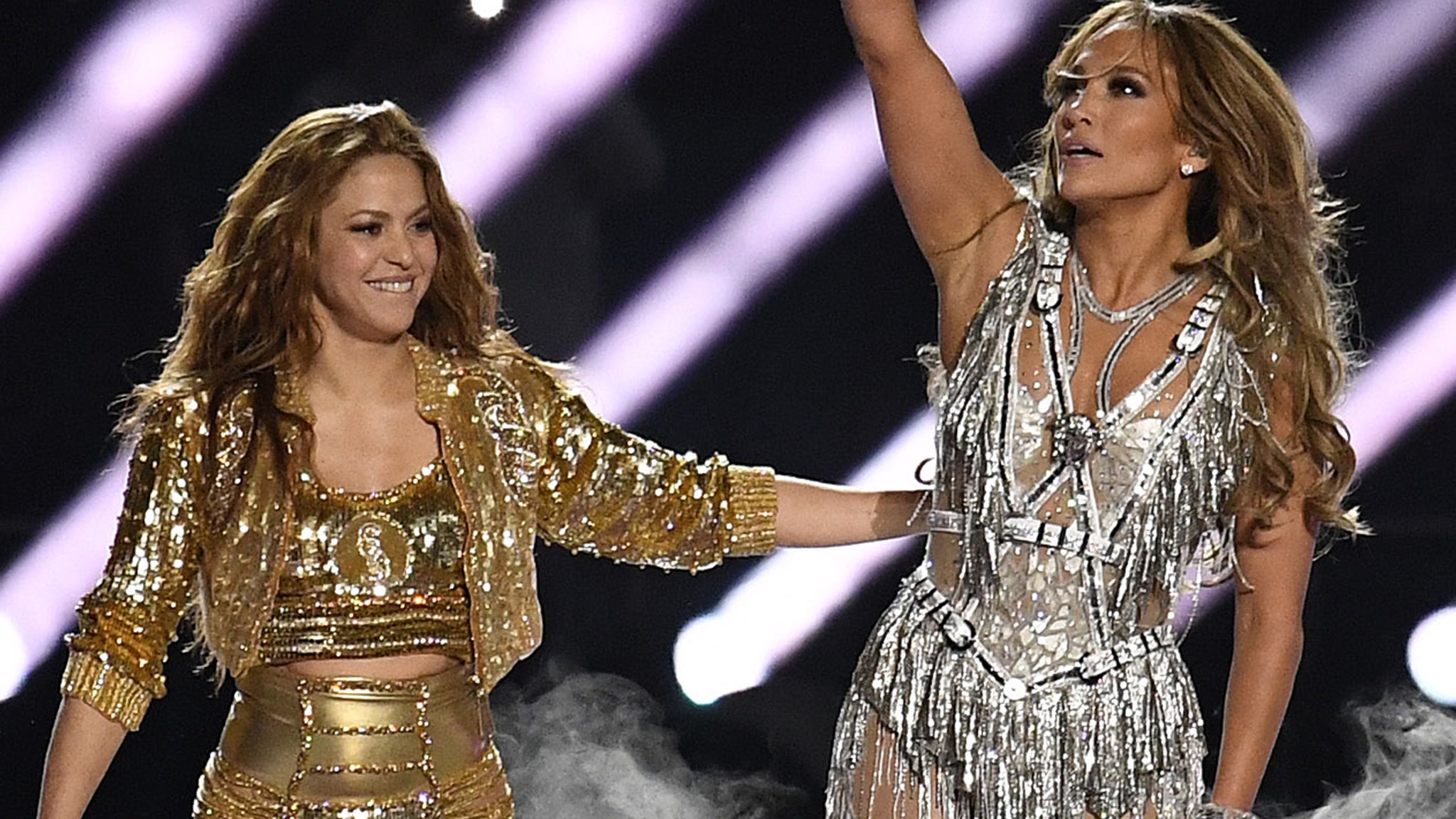 "This is something I have been working for and hoping for for years." Jennifer Lopez opens up about her experience co-headling the 2020 Super Bowl halftime show with Shakira in her new Netflix documentary, "Halftime," and it's safe to say J.Lo was not thrilled with the NFL's idea of having two performers, specifically two Latinas, being forced to share the stage. In the documentary, which premiered at the Tribeca Film Festival on Wednesday and hits Netflix next week, Lopez expressed her frustration over performing at the Super Bowl halftime show alongside Shakira, describing it as the "worst idea in the world." According to Daily Mail and Entertainment Weekly, during a scene in the film, J.Lo voiced her concerns about the performance with her music director Kim Burse. J.Lo Tears Up, Best Kiss Outrage, Elvis Tribute Disaster and More MTV Movie + TV Awards Highlights "We have six f---ing minutes. We have 30 seconds of a song, and if we take a minute, that's it, we've got five left," she explained. "But, there's got to be certain songs that we sing, though. We have to have our singing moments. It's not going to be a dance f---ing revue. We have to sing our message." "This is the worst idea in the world to have two people do the Super Bowl. It was the worst idea in the world." At another point, Lopez said of the halftime gig, "This is something I have been working for and hoping for for years." Meanwhile, during an interview in the doc, the singer's manager Benny Medina echoed Lopez's thoughts of having two headliners instead of one solo performer, calling it an "insult." "Typically, you have one headliner at a Super Bowl. That headliner constructs a show, and, should they choose to have other guests, that's their choice," Medina said. "It was an insult to say you needed two Latinas to do the job that one artist historically has done." During another moment in "Halftime," J.Lo and Shakira were working out timing for the performance, with the former admitting she was frustrated with their shorter set. "I know that the Super Bowl people want us to be weaved throughout the show. I haven't had a confirmation about how many minutes I'm going to have," Shakira said to Lopez. "Let me address that really quick. They said 12 minutes," Lopez replied. "I got kind of a good confirmation that we could have an extra minute or two, so now we're at, like, 13, 14 minutes. I think, Shakira, what we should have is you should have half the time and I should [have half]." The "Hustlers" star went on to bluntly add: "If it was going to be a double-headliner, they should have given us 20 minutes." The performance -- who took place at the Hard Rock Stadium in Miami -- ultimately up being around 14 minutes and also included guest appearances by J Balvin and Bad Bunny. Meanwhile, "Halftime" also detailed another conflict J.Lo faced with the NFL regarding the halftime show. Every Property Jennifer Lopez Has Ever Bought, Owned or Sold If viewers can recall, the 2020 Super Bowl took place during Donald Trump's presidency, and the administration came under fire at the time over its handling of the immigration crisis, specifically how migrant children were being mistreated at the U.S.-Mexico border. During her performance, J.Lo utilized her time on stage to take a stand against the horrific situation that was happening at the border. The "Hustlers" star now-infamously made a bold statement by having children, including her daughter Emme, performing while inside cages. However, according to Lopez and Medina, the NFL tried to remove the moment at the last minute. "We left rehearsal and I noticed everybody was freaking out, but I don't know why," J.Lo recalled. "I get a call from Benny and he's like, 'They want to pull the cages.' That night, the higher-ups at the NFL saw it for the first time and they're like, 'Hey, you can't do that." "The NFL had a real concern about making a political statement about immigration," Medina claimed. "They looked at the plans, and the message was absolute. They did not want those cages in the show. That had come down from the highest authority." But Lopez doubled down and pushed for the inclusion of the scene. "For me, this isn't about politics. This is about human rights," she said. "I'm facing the biggest crossroads of my life, to be able to perform on the world's biggest stage, but to take out the cages and sacrifice what I believe in would be like never being there at all." She added, "There was a part of me that just got very zen and I was just like, 'Benny I don't care what you have to do, we're not changing the show. The Super Bowl is tomorrow and we're not changing anything.'" Netflix's "Halftime" documents Lopez's life as she prepared for the Super Bowl halftime show and Presidential Inauguration, amid the release of "Hustlers." Per the streamer, the doc "serves as the kickoff to the second half of Lopez's life, as she lays bare her evolution as a Latina, a mother, and an artist, taking agency in her career and using her voice for a greater purpose." J.Lo's now-fiancé Ben Affleck also makes an appearance in the doc. "Halftime" hits Netflix on June 14.